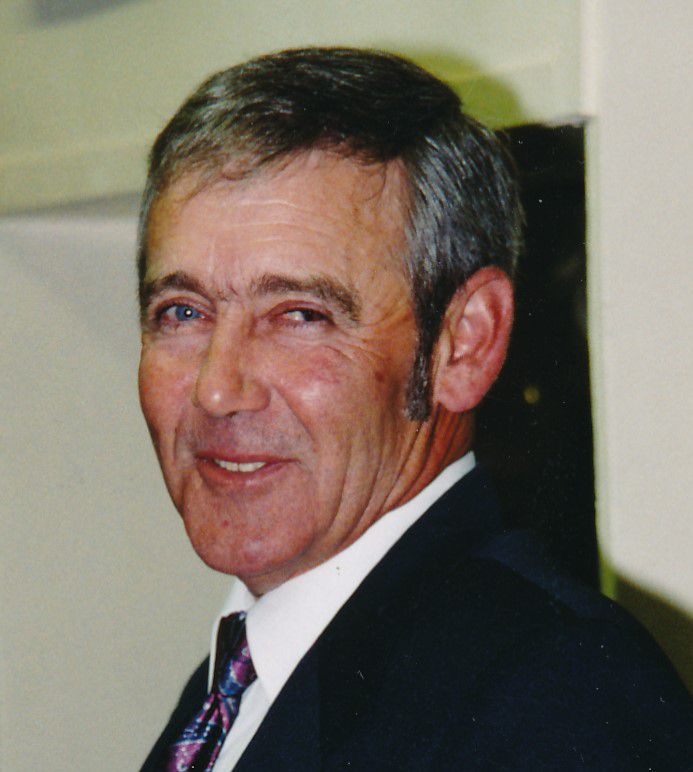 Ardell Joe Baker, 75, of Big Horn, passed away at the Billings Clinic from an aneurysm, on Thursday, September 22, 2022.

He was born September 6, 1947 to Leo Baker and Doris (Bogue) Baker, in Sheridan. His father worked on several local ranches. He started school in Arvada and had to cross the Powder River on horseback to get on the school bus. His home was always in Big Horn where the family finally settled down and he attended Big Horn School and graduated in 1965. His favorite sport was basketball and proud to be a Big Horn Ram. He graduated from Sheridan Jr. College in 1967. He enjoyed working on the Brewster Ranch in Birney, MT as a cowboy.

In 1969 he was drafted into the U.S. Army. He served honorably for 7 1⁄2 years in the Sheridan Wyoming Army National Guard.

After basic training he returned to Sheridan and met his future wife, Alice Byers. They married September 12, 1970 in the old Trinity Lutheran Church and settled down in Big Horn in his family's home where he was raised. They just recently celebrated their 52nd anniversary. He is survived by his mother, Doris Baker Brewster, of Greeley, CO, brother Leo Baker of Torrington. They have four children, Joe Ardell Baker, of Sheridan, Julie Ann Baker, of Albuquerque, NM, son, Jamie Lee Baker of Albuquerque, NM and Jessica Kukuchka, (Dustin) of Gillette. He has three grandchildren. Devon Baker, of Sheridan, Katie and Joslynn Kukuchka of Gillette, and three great grandchildren Tim, Evelynn, and Aspen Baker.

Joe worked for Cashway Lumber Co., was a self employed carpenter for 17 years, and was the manager of Dome Lake Club in the Bighorn Mountains for 23 years.

He loved to watch the Colorado Rockies, Denver Broncos, and college basketball. He planted many apple trees in his yard and enjoyed harvesting the apples with his friend Kelly Legge. He was a member of the Big Horn Volunteer Fire Department for 11 years and served as fire chief for three years. He was a gifted storyteller and entertained the young people with stories about growing up in Big Horn. He loved to watch his children play sports as Big Horn Rams. He is preceded in death by his father, Leo, brother, Loren, sister-in-law, Priscilla Brewster, and his step-father, George Brewster.

Viewing will be on Wednesday, September 28, 2022 from 4:00 – 5:00 pm at Kane Funeral Home. A Celebration of Life will be held on Thursday, September 29, 2022 at 1:00 pm at Trinity Lutheran Church with Pastor Philip Wold officiating and Military Honors. Immediately following the service there will be a cookie reception at the church. Following the reception we will proceed to Mount Hope Cemetery in Big Horn for interment.

Date:
September 29, 2022
Start Time:
1:00 pm
Location:
A Celebration of Life will be held on Thursday, September 29, 2022 at 1:00 pm at Trinity Lutheran Church with Pastor Philip Wold officiating and Military Honors. Immediately following the service there will be a cookie reception at the church. Following the reception we will process to Mount Hope Cemetery in Big Horn for interment.
Tribute VideoService VideoService Brochure