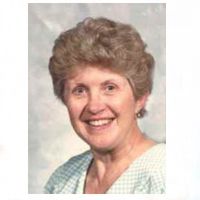 Alice Westling, 88, of Sheridan, passed away on Sunday, December 21, 2014, at her residence. She was born to parents Lawrence Ernest and Hazel Lavina (Wohnhas) Davidson on December 15, 1926, in Casper, WY.Alice was a 1944, graduate of Natrona County High School. She was a member of the band, orchestra and string quartet. She later moved to Vallejo, CA, where she met her husband, Donald E. Westling, at a USO dance. On April 19, 1946, they wed at the First Christian Church in Vallejo. They moved to Rochester, NY where she worked at Eastman Kodak, and later, in Casper and Glenrock, WY as an accountant and bookkeeper. She later retired to Sheridan.Alice enjoyed bird watching, knitting, bridge, cribbage and being a mother, grandmother and great grandmother. She was an avid member of the Audubon Society, Sheridan Women\'s Club, LVA and ESL, Sheridan Historical Society and Sheridan Violet Club.Alice was preceded in death by her parents and husband. She is survived by her children; Ron Westling of Sheridan, Dave (Carrie) Westling of Cheyenne, and Glen (Tammy) Westling of Folsom, CA, Carol (Ron) Fields of Sheridan, six grandchildren, nine great grandchildren and numerous step grand and great grandchildren.Services for Alice will be held at 10:00 a.m. on Saturday, December 27, 2014, at the First Christian Church in Sheridan with Pastor Doug Goodwin officiating.Memorials to honor Alice may be made to the Rocky Mountain Hospital for Children at 2001 N. High Street, Denver, CO 80205, the American Cancer Society at 333 S. Beach, Casper, WY 82601 or to the Audubon Society at Audubon Wyoming, 101 Garden Creek Road, Casper, WY 82604.Kane Funeral Home has been entrusted with arrangements.