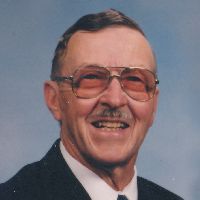 Reverend Allan Duane Maxted, 93, of Sheridan passed away on Tuesday, December 1, 2015. He was born on October 9, 1922, in Wellington, Kansas to Benjamin William and Lera Bainum-Maxted. He was born the second of six sons. He was raised on a dairy farm near Anson, Kansas and graduated from Wellington High School. While at Anson he enlisted in the US Army in 1942, for service in World War II.After training in Georgia and Tennessee, he crossed the country by train, to be shipped to Hawaii and then to Guam, in the Pacific theatre. He served in the motor pool, keeping vehicles operational and maintaining about anything that had an engine. He was discharged at the end of the war on January 16, 1946, from Fort Logan, Colorado.He then returned home and married his sweetheart, Edna Phyllis Freeman on January 27, 1946, in Clearwater, Kansas. They began life as a family, with him owning his own truck and hauling business. He moved the family to Caldwell, Kansas and began work as a mechanic for the International tractor shop, but soon moved to the beginning of a lifelong career in auto mechanics. That career took the family to Pratt, Kansas, where he worked as a mechanic for Moss Motors and began his true calling to the ministry with the Assemblies of God church. So, in addition to being a mechanic, he also pastored a small church in Isabel, Kansas.In 1957, he moved the family to Ulysses, Kansas to continue his mechanic career and he remained active with the Assemblies of God, preaching street meetings and being active in the church. The opportunity was presented to pastor an Assembly of God church in Walters, Oklahoma, so the family relocated to Walters in 1960. It was while in Walters, that he and Phyllis were both ordained as ministers for the Assemblies of God.In 1965, he accepted the pastorate of the First Assembly of God in Sheridan, Wyoming. As a result of that ministry, he was instrumental in the construction of the present building on Lewis Street. After resigning the church in Sheridan, he worked for Mac’s Delivery and for Paul’s Trucking in Gillette. Also continuing to pastor on a part time basis.1978, saw him and Phyllis move to Brady, Montana to be a farm mechanic for Killion Farms. Not only was he the mechanic, he also operated the farm machinery to assist Jerry Killion in his operation. While there he took the pastorate of the Knees Community church.In the early 80’s he gave up farming for full time ministry as pastor of the Fairfield, Montana Assembly of God Church. From there, he returned to Sheridan, Wyoming and resume being a full time mechanic for Cook Ford Sales. He also continued to pastor on a part time basis until the opportunity came to pastor the Open Bible Church on Big Goose.Following that he again returned to part time pastoring and full time mechanic for Cook Ford Sales, Fremont Motors and in his later years, for A&B Buildings and Bill Garland. He took great pride in working for Bill, he being in his eighties. At the young age of 89, he finally fully retired. He still kept busy “puttering” around the house and doing odd mechanical jobs “shade treeing” for those who asked.He is preceded in death by his wife, Phyllis, his parents and two of his brothers, Stanley and Neal.He is survived by his two sons, Melvin (Kathy) Maxted and Warren (Beverly) Maxted. He is also survived by four grandchildren and seven great grandchildren. Also many nieces and nephews.He is also survived by brothers, Vernon (Clareca) Maxted of Marshall, Missouri, Burke (Sylva) Maxted of Wichita, Kansas and Arlen (Shirley) of Locust Grove, Georgia.We would also like to recognize the surviving sisters in law, Lorene Freeman-Porter, Margie Freeman-York and Leona Freeman-Korenwinder for their support and prayers.The family of ‘Rev’ (as all of his friends knew him in his later years) wish to thank all those friends who supported and visited him. We also wish to thank those care givers who lovingly cared for him with a special “Thank you” to the VA nursing staff at the Mountain View Living center who contributed to his care.A Visitation will be held from 6 to 8 p.m. on Thursday, December 10, 2015 at Kane Funeral Home. Services will be held at 2:00 p.m. on Friday, December 11, 2015, at Kane Funeral Home with Reverend Warren Maxted officiating. Inturment with Military Honors will be held in the Sheridan Municipal Cemetery with a reception to follow in the Kane Reception Hall.Memorials to honor Reverend Maxted may be made to the Fire Bibles at Assemblies of God, Bible Alliance, 1445 N. Boonville Avenue, Springfield, MO 63802-1894 (info@biblealliance.org) or to Gideon\'s at PO Box 140800, Nashville, TN 37214-0800.Kane Funeral Home has been entrusted with arrangements.