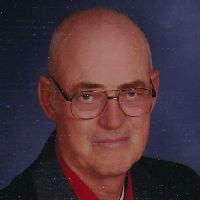 Allen F. Willey, 71, of Sheridan, passed away on Friday, June 12, 2015, at the VA Medical Center.Allen was born in Sheridan, on March 23, 1945, to parents Ralph and Barbara (Bohnsack) Willey. He joined the Army in 1966 until 1970. He & Bert were married later in life and he became a member of Holy Name Catholic Church.Allen enjoyed guns, reading, animals, his dogs, and his parrot. He loved his family and friends. Allen became a member of Holy Name Catholic Church.Allen was preceded in death by his parents, and his son, Guy Willey. He is survived by his wife, Bert, his son, Spencer Willey, step children, Marty, Leslie, Susan, Gene, his sisters, Cheryl Boyce, Jeanne Legoski and 2 grandchildren, Ethan and Alexis Willey.A Visitation will be held at 6:00 with a Rosary at 7:00 on Tuesday, June 16, 2015, at Kane Funeral Home. Services will be held at 10:00 a.m. on Wednesday, June 17, 2015, at Kane Funeral Home with Father Jim Heiser officiating. Inurnment will be in the Sheridan Municipal Cemetery with Military Honors. A reception will follow at the Holy Name Parish Hall.Memorials to honor Allen may be made to the Rider Relief Fund, 101 Riverwalk, Pueblo, CO 81003.Kane Funeral Home has been entrusted with arrangements.