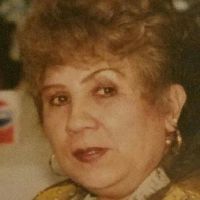 Alvina M. Rosalez, 80, of Sheridan, passed away on Monday, January 30, 2017, at the Sheridan Manor. She was born in Odem, TX, on July 10, 1936, to parents Alberta & Baldomero Molina.Alvina went to school in Texas, where she met Silverio (Rosie) Rosalez and they were married on September 10, 1951, in Waco, TX. In 1957 they moved to Wyoming, lived in Basin and Manderson, Wyoming and then relocated to Sheridan in 1967. Alvina worked as a CNA at the Sheridan Manor and then retired in 2006, from the VA Medical Center in Sheridan.Alvina was devoted to her family and was the “rock” of the family, she loved each one unconditionaly. She was the best mother, mother-in-law, grandmother, great grandmother, sister, sister-in-law, aunt and a true friend. Her kindness came from her heart, never hesitated to open her arms and was loved in return. Alvina loved to shop from department stores to garage sales, and I would guarantee that she would come home with the best deal.In Alvina\'s working career, she enjoyed and was proud of being a federal employee at the VA for about 10 years, and was highly respected. Alvina\'s best times were when she would go on vacation to see family. Later in her life she looked forward to her annual get together with her sisters in California and then they would go to Las Vegas. In Vegas, her favorite luck was at the poker slot machines. In the summer time Alvina enjoyed working on her yard, and had a green thumb for planting flowers. She was the best cook, anyone that would visit always made sure to remind her of their favorite dish, and she would have it ready to eat by the time you got there.Alvina was preceded in death by her parents, Balomero and Alberta, husband, Silverio “Rosie”, daughter, Angie Zabriske, sons, Arthur and Alonzo Rozalez and a brother, Lazero Molina. She is survived by her children, Stella (Robert), Antonio Rosalez, Molly Rosalez, Maria (Marylou) Rosalez, Silverio Rosalez Jr., Paul Rosalez, Dianne Rosalez, siblings, Virgiria Numez, Baldomero (Petra) Molina, Consuelo Coronado, Elias Molina, Fidel (Priscilla) Molina, Olga (Lute) Leyva, Valentina Molina, Benjamin (Joanne) Molina, brothers and sisters-in-law, Jessie Rosalez, Damonte Pierson, Mary Chavez, Epifana Garcia, Rosa Rodriquez, grandchildren, Stephanie Benson, Melissa Thompson, Alonzo Rosalez, Cassidy Badget, Shauna Hanson, James Smith, Joseph Montoya, Sabrina Gilmore, Dylan Rosalez, Cole Rosalez, Sierra Duncan, Hope Rosalez, Christoper Rosalez, Joshua Rosalez, Christina Donaldson, Tyson McDougall, Shannon McDougall, Lindsey Avila, Chance Zabriske, Megan Rosalez, Chrystal Rosalez, Jared Rosalez, Kenny McDougall, Kody Pfleiderer and 46 plus great grandchildren.A Celebration of Life will be held at 9:00 a.m. on Friday, April 7, 2017, at Kane Funeral Home.Kane Funeral Home has been entrusted with arrangements.