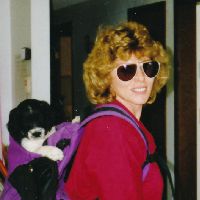 Ardis Leach, 58, of Sheridan, passed away on Thursday, March 26, 2015, at her residence with her husband by her side. She was born in Sidney, MT, on January 4, 1957, to parents Howard and Helen (Schwartzenberger) Norgard.Ardis married Rick Leach in Sheridan on January 3, 1997. She enjoyed snow skiing, hiking, the outdoors, and camping. She worked as an equipment operator for 28 years at Decker Coal.Ardis was preceded in death by her parents, Howard and Helen, and her sister, Rosemary. She is survived by her husband, Rick, sisters, Mary Norgard (Gale Geiser) of Sidney, MT, Jeannie Norgard (Raul Macias), numerous nieces and nephews and her dogs, Cooper and Molly.A Visitation will be held from 6 to 8 p.m. on Tuesday, March 31, 2015, at Kane Funeral Home. Graveside Services will be held at 11:00 a.m. on Wednesday, April 1, 2015, in the Sheridan Municipal Cemetery with Pastor Phil Wold officiating. A Reception to follow in the Kane Reception Hall.Memorials to honor Ardis may be made to the Sheridan Dog and Cat Shelter at 84 East Ridge Rd., Sheridan, WY 82801.Kane Funeral Home has been entrusted with arrangements.