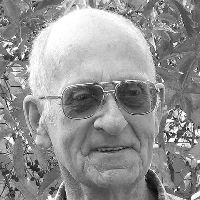 Arthur Smith passed away peacefully on Friday, May 15, 2015, at his home in Sheridan surrounded by his loving family.Art was born on October 2, 1930, in Sheridan, Wyoming, to Clarence W. and Helen (Post) Smith. He was a lifelong resident of Sheridan.Art had a passion for automobiles. He pursued this dream after graduating from Sheridan High School in 1948, by attending a trade school to learn auto body painting and repair. He raced stock cars and enjoyed restoring vintage automobiles, including the Model T he drove to high school which he still owned at the time of his death. He owned and restored two vintage Rolls-Royces, one of which he used to chauffeur Paul Harvey from the Sheridan County Airport.In 1956, he married the love of his life, Phyllis Regelin, on October 5th in Hardin, Montana. From this marriage there were 5 children.In 1960, Art and Phyllis started building their own house. It took a little over a year to finish it. This is the home they raised their family in, and the home in which Art passed away.Art loved the outdoors. On weekends he was usually found at the family cabin in Story or the Big Horn Mountains where he enjoyed taking his family camping and fishing or hunting with a buddy. On one of his most successful hunting trips, he netted an elk, deer and bear. There were many weekend mornings he was up before the birds, riding his Honda 90 deep into the Big Horns to find the best fishing spots. Until his health diminished, he always had a vegetable garden and especially enjoyed the tomatoes he harvested.After working at several body shops in Sheridan, he opened Art’s Paint and Body Shop and was self-employed for over 25 years. Upon retiring, he spent countless hours at their cabin in Story and enjoyed metal and wood working. He made hundreds of birdhouses that he sold and gave to family and friends.Everything Art did he did to perfection; from raising his family to his vintage autos to his metal and wood working. He was dearly loved by his family and will be truly missed.He was preceded in death by his parents, his son, Darren Joseph Smith and his brother, Berdon Smith.He is survived by Phyllis, his wife of 58 years, his four daughters, Caren (Jim) Smith of Sheridan, Lora (Miles) Torske of Hardin, Montana, Marcy (Tracy) Fortner of East Helena, Montana and Samantha (Dan) Georgen of Sheridan, Wyoming. His grandchildren, Amanda and Kaleb Fortner, Matt (Megan), Ross (Seanna) and Taylor Torske and Chris (Sheila) and Andy (Haley) Georgen. Also by his two month old great-granddaughter, Hallie Torske whom he had just met. He is also survived by his dialysis family; their kindness and friendship are so greatly appreciated.Cremation has taken place and he requested no services.Memorials may benefit the Sheridan Senior Center 211 Smith Street, Sheridan, WY, 82801, Hospice of the Big Horns, P.O. Box 391, Sheridan, WY, 82801 or the charity of the donor’s choice.Kane Funeral Home has been entrusted with arrangements.