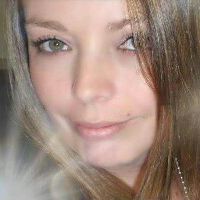 View Service Folder | Click for Video Tribute Ashley Peterson, 33, of Ranchester, passed away on Saturday, May 2, 2015, in a tragic car accident.Ashley was born on February 3, 1982, in Reno, NV, and later moved to Washington State where she lived in the Everett area. She eventually moved to Ranchester, WY, in 2009. She was working towards her degree in Early Childhood.Ashley enjoyed music, movies, spending time with her little man. She most enjoyed working with her kids from daycare, planning arts and crafts. She liked spending time up in the mountains hiking, fishing or just seeing the views and spending time with her friends.Ashley was preceded in death by her parents, Joe Peterson and Diana French. She is survived by her son, Shean Hatfield, Jr., sisters, Michelle Towns and April (Steve) Hatzenbiler, Tammy Johnson, brother, Jason Peterson, niece, Jazmyne Towns, nephews, Dean Hatzenbiler, Jesse Towns, Shane Hatzenbiler, Christan Wilkins and many friends and family.A Celebration of Life will be held at 10:00 on Saturday, May 9, 2015, at the Dayton Community Church with Pastor Bob McIntyre officiating.Memorials to honor Ashley may be made to the fund of Ashley Peterson and Shean Hatfield, Jr. at any Wells Fargo Bank.Kane Funeral Home has been entrusted with arrangements.