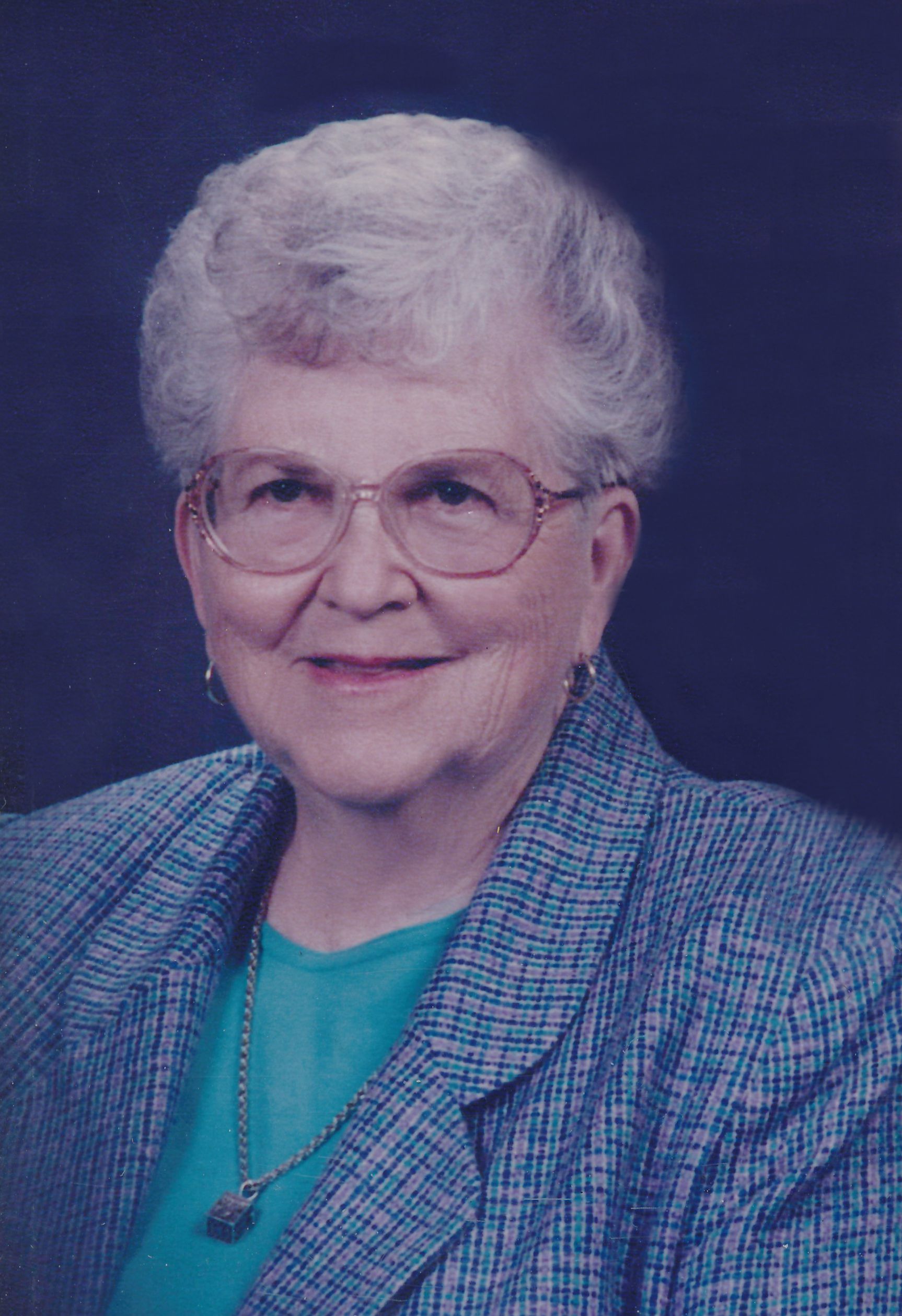 Barbara quietly went home with family by her side on November 28, 2021.  She was born in Stafford, KS, on September 21, 1925.  She was a middle child of seven born to Daniel & Rosetta (Rose) Smith.  She had two older brothers (Bill & Dan), two older sisters (Betty &Bonnie) and 2 younger brothers (Bruce, & Benson).  Her father was a preacher and they moved often.  So, before she graduated from high school in El Paso, TX, the family had been at several locations in Kansas, Missouri, and Texas.  After her high school graduation, her family moved to Gillette, WY, where she met and later married the love her life, Donald Oedekoven.  Prior to their marriage, she was able to attend Philips University in Enid, Ok, while Don was completing his tour of duty with the Army Air Corps during WWII. They were married on June 8, 1945.  They were preparing to celebrate their 65th wedding anniversary when Don passed away unexpectedly in 2010.

Barbara started teaching as soon as she completed her Normal Degree and finally completed her BA in 1962.  Her first contract was to teach two boys from the same family but in the negotiations, she was able to take an infant son and a 5-year-old daughter to school and the family sent their 5-year-old for kindergarten.  She would happily tell you about her first contract which required her to clean the school-house, and the outhouse, provide water, and build a fire in the stove.  When the family moved to Sheridan to provide for high school, she began teaching at Story, WY.  She would talk about seeing bear tracks in the school yard there.  Eventually she started teaching at Coffeen School in Sheridan.  She was very pleased when they moved into the new “snowflake” designed building and did not have to climb out the basement window of the old school building to attend recess. Grandchildren would really wonder when she would say that she taught for over 30 years and never got out of the second grade. Until just recently, new staff at her assisted living would introduce themselves to her as one of her students. It was amazing how she could remember and love so many of them. She was the member of several organizations.  A few are: The Big Horn Women’s Club,P.E.O., Delta Kappa Gamma, and the First Christian Church (Disciples of Christ).

She retired from teaching in 1980 and she and Don started traveling.  In their travel trailer they traveled to Alaska, Nova Scotia and the US east coast to Williamsburg, Indiana and Illinois, Texas and of course the beautiful Big Horn Mountains.  They even flew to Germany to visit some of the Oedekovens there.  They had a boat and spent a lot of time on many local lakes.

Barbara loved her family and loved spending time with them.  Thanksgiving became a very special occasion when everyone would gather at her home, and all would bring something to the table.  It is very fitting that she was able to see and visit with so many who came to see her over this most recent Thanksgiving holiday.

A celebration of life for Barbara will be held at First Christian Church on Saturday December 11, 2021 at 2:00pm. Pastor Doug Goodwin will be officiating. In lieu of flowers, donations may be made to the Pension Fund of the Christian Church at 1099 N. Meridian St. Suite620 Indianapolis, IN 46204. Or to the Memorial Fund First Christian Church (Disciples of Christ) at P.O. Box 68 Sheridan Wy, 82801.

Date:
December 11, 2021
Start Time:
2:00 pm
Location:
A celebration of life for Barbara will be held at First Christian Church on Saturday December 11, 2021 at 2:00pm. Pastor Doug Goodwin will be officiating.
Service VideoService Brochure