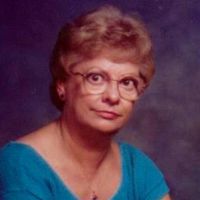 Former long-time Sheridan resident Barbara Zowada passed away on July 4 in Lawrenceburg, Indiana. Barb was born to the late John and Linda Streich in St. Paul, Minnesota, on November 8, 1933. She was a 1951 graduate of Central High School in St. Paul and a 1953 graduate of the University of Minnesota School of Dental Hygiene. Barb and the late Sanford Gillespie Knapp were married in St. Paul on September 13, 1955, and the couple were the parents of three daughters, Cynthia, Karen and Susan. The Knapp family moved to Sheridan in 1967, where the marriage ended in divorce. Barb married Sheridan native Raymond J. Zowada on February 14, 1969. Barb held numerous professional and volunteer positions. She was appointed as a Sheridan County Board member for Region VI, later Region III, of the Selective Service Commission and served from 1981 - 1997. She was certified as a Sheridan County Election Official in 2004 and served as a volunteer at the Memorial Hospital of Sheridan County. She was a clerk at the Sheridan County Welfare Department, briefly returned to dental hygiene at the VA Hospital in Sheridan, and became a sandwich and soup maker extraordinaire at the Upper Crust. Barb was one of the first employees hired when Kmart opened in Sheridan and she retired from Kmart in 1994 after receiving multiple Customer Care and employee of the month awards. Her cooking talents were displayed in Killy’s Deli for several years before she took her final job a J&D Coins. Her enjoyment of cooking was rewarded when one of her original recipes was selected for publication in Taste of Home’s Quick Cooking magazine in 2004.An avid bridge player, Barb played bridge in several clubs in Sheridan over the years, and was an active member of Akcita Win, the Birthday Club, the Out to Lunch Bunch and the Red Hat Society. She traveled frequently to see her daughters, no matter where they lived, from Germany to the Republic of the Philippines to New Orleans to California to Cincinnati to Dallas to Washington, D.C. She also traveled, usually with one daughter or another just to see sights together - from China to Disney World to Branson to New York City and many points in between.Barb left Sheridan in 2014 to live with her daughter Karen (Ralph) Reed in Wylie, Texas, and moved with Karen to reside in Fayetteville, North Carolina, following Ralph’s death in 2016. She moved to Lawrenceburg in April of this year.Barb was preceded in death by her husband, Ray, in 1982 and her sister, Caroline Streich Ernst Cook, in 1997. Daughters Cynthia Atwood of Suitland, Maryland; Karen Reed; and Susan (Anthony) Strain of Lawrenceburg survive, as well as her beloved granddaughter, Lynn Reed Guthrie, also of Fayetteville. Barb is also survived by her nephews Kevin Ernst and Tim and Tom Cook; nieces Patrice Cook, Dana Knapp, Judith Knapp (Tim) Ernst and Janelle Knapp; and numerous cousins.The funeral will be held on Monday, July 9, 2018, at 3:30 pm at Kane Funeral Home. Burial will be in the Elks Section of the Sheridan Municipal Cemetery. A reception will follow in the Kane Reception Hall.In lieu of flowers, Barb would have appreciated gifts to the Sheridan City Animal Shelter, 84 East Ridge Rd., Sheridan, WY 82801, from where she adopted several of her loving four-legged companions over the years.Kane Funeral Home has been entrusted with arrangements.