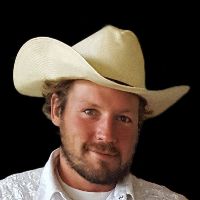 ‍Beau Logan Chamberlain passed away on Tuesday, August 15, 2017 in Sheridan, at the age of 30.  He was born on March 30, 1987 in Sheridan, Wyoming, the son of Jane and (the late) Byron Chamberlain, Jr.  Beau attended Sheridan schools and was a 2005 graduate of Sheridan High School.  He studied at the University of Wyoming and was nearing completion of his BS degree.From the time he could walk, Beau was a curious and busy young man with an infectious, mischievous smile.  During his school years, Beau was an enthusiastic and talented athlete, participating in soccer, basketball, football, baseball, track, and wrestling.  His friends, coaches, and family will remember him as a force at center and tackle for Sheridan Broncs football.  His father, Byron, coached many of Beau’s teams.  Jane and Byron were always his biggest fans.  Beau found delight in nature and outdoor activities.  He grew up spending much time with his family at their cabin in Red Lodge, MT.  He was an avid skier from age four and he won several skiing competitions over the years.  His love of the outdoors fueled his great pleasure for running, hiking, biking, hunting, fishing and jet skiing.  Recently, Beau developed an interest in gourmet cooking.  He thoroughly enjoyed preparing meals for his family for which he received rave reviews!Beau was outgoing, had a great sense of humor, and was ever ready to join an adventure.  He had an extraordinary gift for interacting with both special needs children and the elderly.  Beau was a kind, gentle soul with a strong empathy for those in need.  He was always first to defend the “underdog.”  Fiercely loyal to family and friends, Beau shared a mutual adoration with his nieces and nephews. Beau was preceded in death by his father, Byron, his grandparents, Dorothy and By Chamberlain, and his step-grandfather, Leonard Jennings.  He is survived by his mother, Jane Chamberlain Jennings, and stepfather, Steve Jennings, of Sheridan, his sister, Kelsey Chamberlain, of Sheridan, his grandparents, John and Vi Howe of Miles City, MT, his honorary grandmother, Shirley Jones of Sheridan, his stepsisters Hilary (Ryan) Dooley of Shell, WY, Anna (Jessie) Thomas of Pine Bluffs, WY, and stepbrother Caleb Jennings (fiancé Jen Peters) of Cheyenne, WY.  He is also survived by numerous aunts, uncles, cousins, nieces and nephews.A memorial service will be held at 10:00 AM on Saturday, August 26, 2017 at St. Peter’s Episcopal Church with Father John Inserra officiating.  Beau’s family requests that everyone in attendance wear bright colors in joyful celebration of his life.  A reception will follow at the church.A fund has been established to support some of Beau’s passionate causes, such as Antelope Butte Foundation and the National Autism Association.  Donations can be made to the “Beau Chamberlain Memorial Fund” at First Federal Savings Bank, 671 Illinois St, Sheridan WY 82801.  Kane Funeral Home has been entrusted with arrangements.