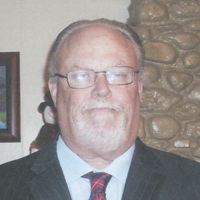 Bernie Wilson, 58, of Sheridan, passed away on Tuesday, December 31, 2013 at his residence. He was born on August 28, 1955 in Santa Monica, CA.Bernie moved to Sheridan in June of 2013 from Pennsylvania. He quickly settled in to his new surroundings. He began working for Sodexo at the Sheridan College, following his passion for cooking. His co-workers and students were charmed by Bernie\'s quick wit, sence of humor and his storytelling.Bernie was a man of many talents, including, being a published author of two books. He was a member of the Old Guard & the Rhema Rangers, a proud Army Veteran whose service to our country was very special to him.Bernie is survived by two step daughters; Amanda Archer of Richmond, TX and Carrie Satterfield of Vinita, OK. Bernie\'s best friend and companion, his dog Taco, whom has been adopted by a loving couple.Bernie “The Bear” will be greatly missed by all those he touched with his gentle smile, kindness, and laughter.A Celebration of Life will be held at 2:00 p.m. on Saturday, February 8, 2014 atKane Funeral Home with Military Honors.In lieu of flowers, donations may be made in his name to The Wounded Warriors Project at P.O. Box 758517, Topeka, KS 66675 or to the Sheridan Dog and Cat Shelter at 84 East Ridge Road, Sheridan, WY 82801.Kane Funeral Home has been entrusted with arrangements.