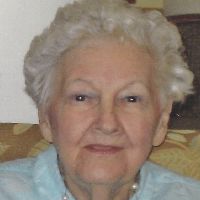 Bertha ParkerBertha Elizabeth Parker of Hot Springs, South Dakota passed to join the Creator and her husband, Dan Morey Parker, on Thursday, February 26, 2015. Bertha was 89 years old and lived with her son and daughter-in-law, James Parker and Christine Parker Christensen. Bertha was born in Astoria, New York on September 20, 1925 and grew up in Jamaica, New York; she was the daughter of John and Catherine Starbling (née Kozerian) who after marriage had emigrated from Romania (Austro-Hungary at the time). Bertha was the fourth of five children; all her siblings have passed.Soon after completing high school she met Dan Parker in his final year at the US Military Academy in West Point, New York. After he graduated they married at St Nicholas of Tolentine Church, Jamaica, May 6, 1943. They were each other\'s best friends in their 62 year marriage until Dan passed in June 2004 in Atlanta, Georgia. Their early years together were spent in adventures as Dan was an Army Air Corps and subsequent Air Force pilot; while he was in the European Theatre of World War 2 she had their first child, Dan, Jr. Upon returning to the US they lived in the US Southwest, California, New York, and Ohio based upon military postings. They then went to Great Britain for a posting with the British Royal Air Force and travelled many times to Europe, and their second child, James, arrived. Successive residences included Ohio, birthplace of daughter Katherine, Kansas, California, Ohio again and retirement (Lt Col) from military service. Throughout these years Bertha was a dedicated homemaker and as was common in that Cold War era spent much time engaged in military wives benefit activities, especially Red Cross volunteer work in military hospitals. Much time was also spent in Catholic parish and school volunteer activities where she worshiped.In 1963 after military life Bertha moved to Marietta, Georgia near Atlanta and this area proved to be their long-term home until 2009. As her children grew she focused more on gourmet cooking, especially gourmet desserts for which she was well-known. She and Dan shared gardening and playing bridge as their past time pursuits. When husband Dan retired from engineering college teaching they focused energies on volunteer church-parish work and Bertha became quite accomplished in needle point, crochet, and intricate needle and stitch work, making many church altar clothes and other church decorations. They also spent time travelling throughout the US and parts of Europe visiting their children and grandchildren. Advancing in years and developing some frailty she moved to Sheridan, Wyoming in 2009 to live with a son and daughter-in-law and subsequently moved to South Dakota.Bertha was always close to her husband and children, seeing her role as wife and mother as her primary mission and she was loyal to her Catholic faith. She particularly enjoyed being \"Granny\" to her 11 grandchildren and her nine great grandchildren. She will be remembered for her creative flair, her insistence on fastidious table manners and \"old school\" protocol, and well-coiffed appearance. She passed quietly in her sleep at the house of James and Christine.She is survived by son Dan of Regensburg, Germany, James of Hot Springs, South Dakota, and Kathy of Carrollton, Georgia and nine grandchildren throughout the US and overseas. She will be interred at the US Military Academy in West Point, New York, next to her beloved Dan. \"May she rest in eternal light with all the souls of the faithfully departed.\"Kane Funeral Home has been entrusted with arrangements.

Date:
Start Time:
She will be interred at the US Military Academy in West Point, New York, next to her beloved Dan.
Location:
Service VideoService Brochure