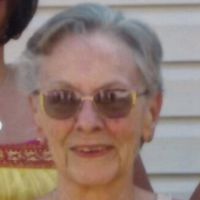 Betty E. Mittelstadt, 83, of Parkman, passed away on Wednesday, July 3, 2013 at the Memorial Hospital of Sheridan following a massive stroke.Betty was born in 1929 in Beach, ND to Alvin and Frances (Fulton) Woodsend who were farmers in Golden Valley County, ND. In 1937 they moved to Fallon County, near Carlyle, MT.As a young person, Betty loved her horses and rode horseback to grade school and high school. After graduating from Ollie High School in 1947, she attended four summer semesters at Eastern Montana College, in Billings, MT. At the age of 17 she taught school near Golva, ND. The nest year she taught at a school on Cabin Creek near Baker, MT and the following year she taught fourth grade at Wyola, MT.Betty met Gale Mittelstadt at a school dance at Wyola. They were married July 21, 1950. At first they lived at the BE Ranch on Pass Creek where Gale was ranch foreman for Belton and Ella Evans (his Aunt and Uncle).Betty and Gale purchased the Parkman Cash Store and Post Office in 1959, when Betty was appointed Postmaster. Betty was the Parkman Postmaster until August 1990, when she retired.Betty and Gale lived all their married life near, or in Parkman, next to their beloved Big Horn Mountains. Betty\'s hobbies were dancing, reading, embroidery, and traveling.Betty was preceded in death by her parents and husband, Gale in 1994. She is survived by three daughters; Sandi (Alvin) Smith of Parkman, Judi (Jesse) Charles of Worland, and Lorie (Jim) Young of Sheridan, grandchildren; Gale (Merredith) Smith and their son, Nolan of Parkman, Robert Smith of Parkman, Jennifer (James) Shreve of Alaska and Wyoming and their sons; Derrick (Brittany) of Afton, WY and their daughter Karen, Johnathan Shreve, and Danner Shreve; Jolene (Richard) Canet and their children, Nikita, Garrett, Jarod, and Kimberly of Utah, a brother, Charles Woodsend of Sheridan, and a sister, Mary Lou Perry of Spokane, WA.Memorials to honor Betty can be made to the Tongue River Branch Library, Box 909, Ranchester, WY 82839, or to the Dayton Rescue, Box 396, Dayton, WY 82816.A Celebration of Betty\'s Life will be held at a later date.Kane Funeral Home has been entrusted with arrangements.

Date:
Start Time:
A Celebration of Betty\'s Life will be held at a later date.
Location:
Tribute VideoService VideoService Brochure