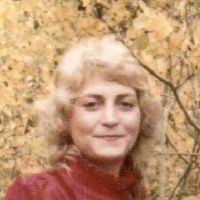 It is with deep sadness that we announce the passing of Beverly Heggen Harris. Beverly died on May 14, 2016 from an aggressive form of brain cancer.Beverly was born in Missoula, Montana on March 1, 1957. She grew up with a true zest for life. Her childhood was filled with camping adventures with family and friends. So many of us will forever cherish our memories of times spent with Bev whether swimming or waterskiing on Salmon Lake or sitting around the campfire at Placid Lake.In 1979, Bev enlisted in the US Army and served 2 years including 11 months at Camp Cloud Korea. She was very proud to have served in the army and earned a M16 marksman badge and expert hand grenade badge.In 1987, her son, Daniel Dean Harris was born. Danny came into this world with a smile that would melt his mother’s heart. Bev’s unconditional love for Danny was truly admirable. Over the years, Bev moved around some, but she always had a way of making any place she lived a warm and welcoming home. She was an extremely smart woman with an incredible work ethic.Beverly’s journey in life brought her to the Sheridan Veterans Administration Center in Sheridan, Wyoming. This is where she developed many friendships who helped guide her through therapy and recovery. Beverly went on to became a peer support specialist to help other veterans facing similar challenges.Beverly is survived by her son, Daniel Harris, her mother and step-father, Sharon Walker Wheat and Harris Wheat, her father and his wife, Larry and Karin Heggen, her sisters and brothers-in-law, Betty Jo and Jim Stuart and Barbra and Don Bennett, her nephew and his wife, Michael and Becky Stuart and her three nieces, Melissa Bennett, Kellen Bennett and Blayne Bennett.A celebration of Beverly’s life will be held at 1:00 p.m. on May 27, 2016 at the Chapel of the Sheridan VA Center in Sheridan, Wyoming.Kane Funeral Home has been entrusted with arrangements.

Date:
Start Time:
A celebration of Beverly’s life will be held at 1:00 p.m. on May 27, 2016 at the Chapel of the Sheridan VA Center in Sheridan, Wyoming.
Location:
Service VideoService Brochure