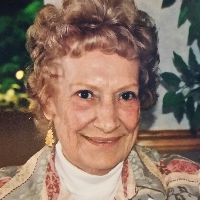 Billie Joy Mize, 81, of Buffalo, passed away on Friday, February 19, 2016, at the Johnson County Health Care Center. She was born on August 3,1934, in Quitman, LA, to parents Lancy Lee and Mattie Bell (Tate) Womack. In 1951, she married Louis Holland but in 1953, they were divorced. On September 5, 1983, she married Marlon Mize.Billie enjoyed fishing, bingo, and was a woman\'s championship bowler, carrying an average of 187. She loved to sing and play the guitar and to write her own music.Billie was preceded in death by her parents and husband, Marlon, great grandson, Raistlin Terry and sister, Bobbie Brock. She is survived by her daughter, Devona Terry of Buffalo, WY, sister, Patricia Ann of Monroe, LA, brother, James Ozell Womack of Shreveport, LA, four grandchildren, Sherri Martin of Gillette, WY, Michael Terry of Kansas City, KA, Kristi Blakely of Gillette, WY, James Terry of Sheridan, WY, and multiple great grandchildren. She will be greatly missed by her family and friends.Cremation has taken place. Services will be held in September in Monroe, LA, where she will be buried in the family plot.Kane Funeral Home has been entrusted with arrangements.