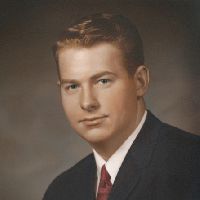 Billy Norman Kimmel Sr., 68, of Sheridan, passed away at his home, on Friday, December 5, 2014 surrounded by his loving family.Bill was born on November 13, 1946, to Jean and Margaret (Schnorf) Kimmel in Sheridan, WY.Bill joined the Army in 1964 and served a tour in Vietnam as a helicopter pilot. He married Shirley D. Carl on September 28, 1967 in Mineral Wells, TX. Together they raised their family in Sheridan, WY. He was a gun enthusiast, enjoyed hunting, fishing,and many camping trips with family on the mountain. He especially loved spending time with his wife, Shirley, and his children and grandchildren. Bill was a lifetime member of the N.R.A.Bill worked with his father in their own business at the Econ-o-wash following his military career. He also worked as a cement finisher prior to a 22 year career as a mechanic with Valley Motor Honda. One of his dreams was to own his own Salvage Yard which he did prior to his retirement in 2000.Bill is preceded in death by his grandparents, parents, brother, Leonard Kimmel, sister in law, Marjorie Kimmel, and brother in law, Bernard Harnish. He is survived by his wife, Shirley Kimmel of Sheridan, WY, children; April (Rob) McPike of Colorado Springs, CO, Melody (Kevin) Kraft of Casper, WY, Billy “BJ” Kimmel, Jr. of Sheridan, WY, Mary (Carl) Geertz of Sheridan, WY., his grandchildren; Rachel, Allison, Mitchel, Nathan, Triston, Kyler, Chloe, Bailey, Adam, Breanna, Carl Z., Austin, Jayden and great granddaughter; Phoenix. He is also survived by his sister, Alice Harnish of Sheridan, WY and brother Jean Kimmel of Sheridan, WY. and many nieces,nephews, and cousins.A Celebration of Life will be held at 10:00 am on Thursday, December 11, 2014 at Bethesda Worship Center with full Military Honors, with Pastor Scott Lee officiating. A reception will follow the service at the church.Memorials to honor Bill can be made to ‘Billy Kimmel Memorial Fund’ at First Interstate Bank, 4 S. Main St., Sheridan, WY 82801 in care of Jenny Epperson.Kane Funeral Home has been entrusted with arrangements.