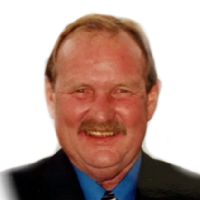 Bruce Alden, 74, of Sheridan, passed away on Friday, June 10, 2016, at his residence. Bruce was born on March 10, 1942, in Ludington, Michigan to Meaola Leva Hanson and Karl Antono Hanson and adopted at a very young age by George Alden.  He grew up in Sheridan and while in high school excelled in student government and sports, winning awards in wrestling, track and football.  He graduated from Sheridan High School in 1960.  In 1962, he married Veronica Boley and together they had three children, Nicki, Marc and Scott.  He graduated from the University of Wyoming in 1967.  After graduation, he immediately went to work for Standard Oil of Indiana.  Positions held were Sales Representative, Account Manager, Senior District Analyst, and a commissioned agent in Casper, Wyoming.  He established Alden Oil Company in 1976 and Lube Express in 1981.  In 1989 Alden Oil Company and two other Casper petroleum distributorships merged to form Quality Petroleum.  In 1992, Bruce moved to Carson City, Nevada.  He established Alden Tile and Blinds Express and served as a petroleum consultant until 2000 when he officially retired.  In 2005, he met Dianne Kelter in Sheridan, Wyoming where they began their commitment of love and happiness to each other for the last eleven years. In 2010, they built their dream home where they spent many hours landscaping their beautiful acreage. In their spare time they rode their Ranger all over the beautiful Big Horn Mountains enjoying the scenery and wildlife.Bruce is preceded in death by his parents.  He is survived by his daughter, Nicki (Brad), Carson City, Nevada; son, Marc, Casper, Wyoming; son, Scott (Carla), Billings, Montana; brother, Larry Alden, Sheridan, Wyoming; his loving and caring companion, Dianne Kelter; grandchildren - Nathan, Josh, Matthew, April, Kristofer, Zach, Kinnley, Bailey, Madison, Fallon, and Austin; two great grandchildren - Emilee and Griffen, his best friend forever, John O\'Dell, and many nieces and nephews.  A Memorial Service will be held at 10:00 a.m. on Thursday, June 16th, 2016, at Kane Funeral Home with Pastor Charles Gifford officiating. A reception will follow in the Kane Reception Hall.  In lieu of flowers, donations may be made to the Sheridan County Fulmer Library, 335 W. Alger, Sheridan, WY 82801. Kane Funeral Home has been entrusted with arrangements.