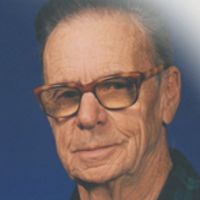 View Service FolderKenneth Robert “Buck” Buchan, 92, of Sheridan passed away at his home on Thursday, July 13, 2017 surrounded by his family.Buck was born on March 9, 1925 to William and Ermil (Spillman) Buchan in Caldwell, ID. He married Mabel Moore on July 1, 1944. They raised four children. Buck enjoyed hunting, gardening, morning coffee with his friends, tinkering in his shed, and having a beer.Buck was enlisted in the Navy in 1943. He was a Veteran of World War II, Korean and the Vietnam Wars, and he traveled the entire Western World. He was brought to Sheridan in 1960 when he became the Navy Recruiter as Chief Petty Officer for three years. He retired from the Navy in 1964 when he returned to Sheridan and began working at the Post Office for eight years. After leaving the Post office he went to work for the Highway Department for six years when he finally retired for good. Some of his nicknames were Chief or Zip CodeBuck was a member of the Elks 520, American Legion #7, Big Horn Mountain Eagles 4169, NRA and the Fleet Reserve.Buck was preceded in death by his parents, his wife Mabel, of nearly 70 years, and his grandson. He is survived by his children; Jim (Robin) Buchan of Las Vegas, NV, Tom Buchan, Mike (Yvonne) Buchan and Sandra “Sam” Schuma all of Sheridan, WY grandchildren Jessica Slack, Corey Buchan, Wade Buchan, Bobby Buchan, Darissa Nordmeyer, Robin White, Ellen Baggett, Jason Buchan, Kellie Buchan, LeAnn Rice, twenty great grandchildren and twelve great greatgrandchildren.Services for Buck will be at 2:00 pm, on Friday, July 21, 2017 at Kane Funeral Home with Pastor Ron Maixner officiating. Interment with Full Military Honors will be in the Elks Memorial Cemetery. A reception will follow at the Kane Reception Hall.Memorial to Honor Buck can be made to the Elks Memorial Cemetery Fund, PO Box 624, Sheridan, WY 82801.Kane Funeral Home has been entrusted with arrangements.