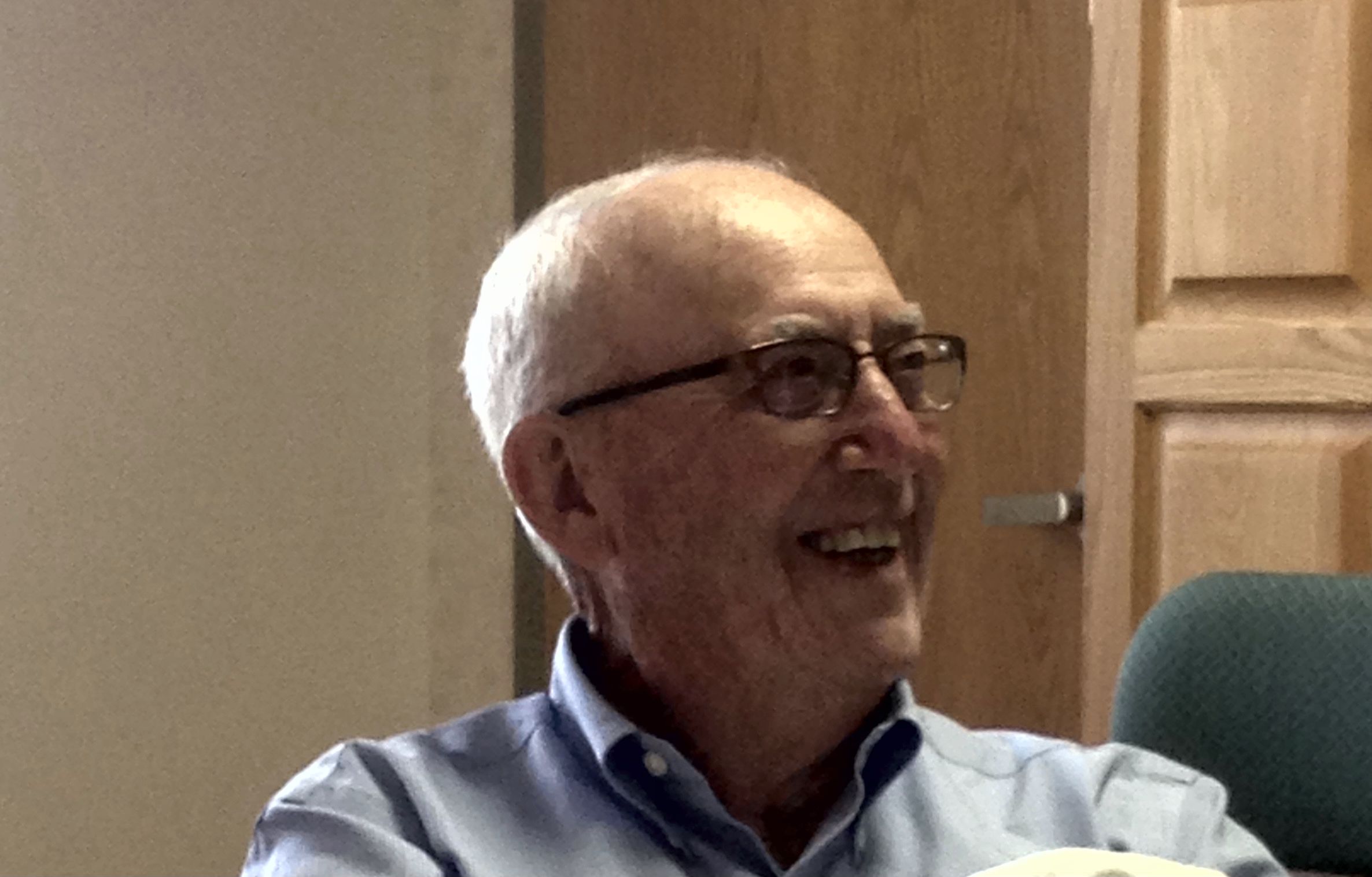 Burt St. John, jokester of all jokesters, passed away June 20, 2021 at his family residence in Sheridan, WY. A memorial Service will be held at 2:00 P.M. Friday, July 2nd, 2021 at St. Peter’s Episcopal Church in Sheridan, WY. A celebration and meal will follow, at the Country Night Club (The Wrench Ranch 141 Decker Road). Interment will be in Lander, WY at a later date.

Burt was born in Lander, WY on April 25, 1936, one of five children born to Mildred (Lockard) and James St. John. He attended Lander Valley Schools and graduated from Fremont County Vocational High School in 1954 lettering in football and basketball. He was the first Wyoming athlete to shoot the jump shot, and his hook shot wasn’t too shabby, either. He also picked up the ever so safe sport of bronc riding while in high school coinciding with some of the last times his legs would ever be seen outdoors without a pair of his trusty wranglers. After high school he attended Casper College, earning a basketball scholarship and majoring in Secondary Education while working for the H & G Cleaners. Even with his dedication to basketball, broncs, and working, he still managed to catch the love interest of Ethelyn Hamilton. Burt and Ethelyn married in Lander on November 23, 1956, recently celebrating their 65th wedding anniversary.

Taking a break from his studies in Casper, WY, Burt worked for Boatright Smith and also pumped gas at a local station. While working at the station, a basketball coach from Wayne State Teachers College, Moe Radavich, stopped for gas exclaiming, “What in the h*** are you doing here?” having recognized Burt for his considerable basketball talents. Moe offered Burt a scholarship on the spot prompting a move to Wayne, NE and a fortuitous return to his education. Never a stranger to hard work during his life, Burt suffered a devastating fall working on a 40-foot grain elevator during his time at Wayne. He recovered under the watchful eye of Ethelyn and the comradery of his basketball teammates who stationed a player at his bedside day and night in the hospital. Burt was later mortified to find that his “pee bag” was on display for everyone to see, a shockingly modest man his entire life considering the length of athletic shorts at the time.

Burt completed his studies in 1959 and took up a teaching position in Pavilion, WY where he taught English and began coaching. He was soon offered a job in Glenrock, WY where he taught Social Studies and coached Boys’ Basketball. He spent his summers in Glenrock building homes with F&F Construction while attending summer school at the University of Wyoming, ultimately receiving his Master of Science in 1967.

After Glenrock, Burt moved to Sheridan where he built his family home, taught Social Studies and coached Basketball. His prolific coaching career ended with his retirement in 1992 after 33 years of teaching and coaching, accumulating numerous accolades (Wyoming Coach of the Year 1975 & 1979, District Coach of the Year 1979, and Induction into the Inaugural Class of the Wyoming Coaches Association Hall of Fame 1984, among others). However, what Burt loved most about teaching and coaching was the importance of shaping young people’s lives, a passion that he instilled within his three children, Mike, Bobby, and Shelley who followed in his footsteps to become educators and coaches. He especially enjoyed working at the Powder Horn.

He was preceded in death by his parents James and Mildred St. John, his brothers James and Henry St. John, and sister Barbara Groves.

Memorials can be made to the Sheridan YMCA, Give Your Heart to a Child Program or to the Sheridan HUB Home Care. Remembrances and condolences may be shared with the family at: www.kanefuneralhome.com

We don’t remember days, we remember moments. We were blessed with many!

Date:
July 2, 2021
Start Time:
2:00PM
Location:
A memorial Service will be held at 2:00 P.M. Friday, July 2nd, 2021 at St. Peter’s Episcopal Church in Sheridan. A reception and meal will follow, at the Country Night Club (The Wrench Ranch 141 Decker Road). Interment will be in Lander, WY at a later date.
Tribute VideoService VideoService Brochure