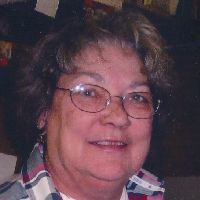 C. Jeannie Andreason passed into God’s arms on September 3, 2015. She was born January 13, 1945 to Kathryn and Charles Gifford in Sheridan, Wyoming. Previously married to Lee Anderson in 1965, they had two sons. In 1987 she married Harry Andreason, and her family grew to three sons and a daughter.Jeannie was a woman working in a man’s world. Employed by Boise Cascade for twelve years, she worked as a product manager and inside sales. It was while there she met and married Harry. In 1990 they bought their “cabin” in Story, and she knew it was where she’d spend the rest of her life.The Cabin by the Creek become her home and her world. Over the next nine years she and Harry would make weekend trips up from Denver to make the Cabin theirs. In 1999, she and Harry moved to Story permanently. Her life in Story became a story of activity and community involvement. She worked at the Piney Creek General Store for seven years, helped to start and run the Story Art Station, and was active in the Story Woman’s Club for sixteen years, serving as treasurer for two years.Jeannie loved to travel. She and Harry made numerous trips to Hawaii, Honduras, New Orleans, the Mississippi River, and Mesa, Arizona, all places she valued. At the end of every trip she’d return to the Cabin by the Creek where she was happiest. In the end, it was in her beloved home where she walked through Heaven’s gates.Jeannie leaves behind her husband, Harry, sons Drew and his wife Robin, Kasey, and Eric, daughter, Traca and her husband Stewart, and her grandchildren, Shawn, Jesse and his wife Katie, Tim and his wife Ciarra, Shey, Keeley, Zach, Cadence, Nikki, and Makenna, and her great-granddaughter, Luna. She also leaves behind niece, Pam, and nephews, Robert and Eric. And she leaves behind a community she loved and cherished.A Celebration of Life will be held at 10:00 a.m. on Friday, September 11, 2015, at Kane Funeral Home with Reverend Kevin Jones officiating. Inurnment will be in the Story Cemetery with a reception to follow at the Story Woman\'s Club.Memorial gifts can be made to the Story Woman’s Club at 28 N. Piney Road, Story, WY 82842 or to the Story Volunteer Fire Department at 30 N. Piney Road, Story, WY 82842.Kane Funeral Home has been entrusted with arrangements.