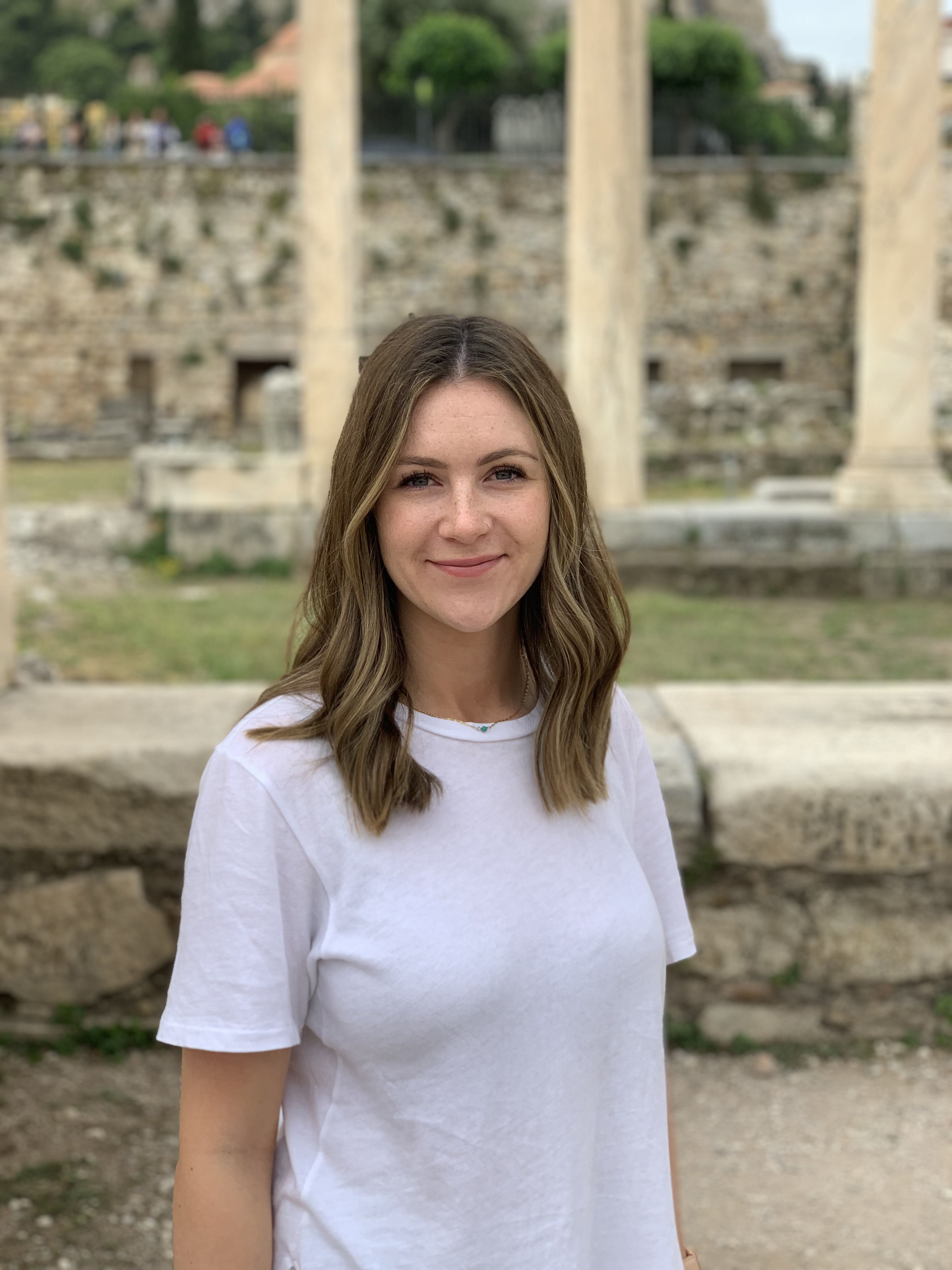 Calli graduated from Big Horn High School in 2011. While there, she participated in track, volleyball, golf, managed boys basketball and was involved in many extracurricular activities.

After high school graduation she attended the University of Wyoming. She graduated in 2015 with a Bachelor of Science in Nursing (following the path of her mother to become a nurse) and was inducted into the Sigma Theta Tau International Honor Society of Nursing. After her graduation, she stepped forward in faith to join The Navigators as EDGE Corps staff while Luke finished his last year of classes.

Calli and Luke were married May 23, 2014. She was a loving wife who dearly adored her husband. They first met at Camp Bethel in the summer of 2010 and started dating in August 2011. They worked together at camp for three summers as counselors nicknamed π (Pi) and Gretskii. Spending time in the mountains with campers made for some of their fondest memories. During college they invested their time into people through the ministry of the Navigators. They developed many deep friendships in college and cherished those years together. After Luke graduated in 2017, they settled in Sheridan, WY where they both began working at Sheridan Memorial Hospital. After two and a half years in outpatient surgery, she transitioned to working at Sisterhood Sanctuary and Sheridan Surgical Center. They enjoyed making a life together in Sheridan - crafting a welcoming home, being around family, developing community, raising two dogs, going on walks, dancing in the living room, being together.

Calli was a Chicago Cubs fan and thoroughly enjoyed watching them finally win the World Series in 2016. This fandom even extended to naming their two dogs Wrigley and Ivy. She dearly loved those precious pups.

Calli is a worshiper. She loves Jesus with her whole heart and lived to bring Him glory. Indeed, her life was well-lived for the glory of Jesus Christ. Being an activator, she lived her faith in action which took her to many places around the world. After accepting Him as her savior at Camp Bethel when she was 9, she took her first mission trip to Costa Rica at 12 years old.

Despite having all her money stolen and luggage lost, she overcame and her subsequent mission trips with Global Expeditions were to Jamaica, Peru, the Bahamas, and Italy, all before graduating high school. She invested deeply in the lives of numerous young girls in her cabins at Camp Bethel, in college through Navs, and after college in her life in Sheridan. Mentoring and discipling young women was a foundational priority in Calli’s life. She was always on the side of the underdog and served on the board of Bought Beautifully, a fair trade artisan marketplace that transforms lives with every purchase. She beautifully sang on the worship team at The Rock Church. She was a part of a young adult small group and brought unique depth to every conversation. There are many details not listed here in regard to her life of worship but all in all, Calli ran her race with excellence.

One of Calli's greatest joys was being a sister. It was a high priority for her to be part of her siblings lives. She was also a loyal friend. She valued truth and was unafraid to speak it. She exuded wisdom and sharpened those around her. Her words brought many people comfort.

Calli had a deep longing to be a mother and her family is comforted she is now celebrating with her babies.

Services will be held at Sheridan Wesleyan Church, Wednesday, June 23, 2021 at 2 pm.

Interment at Sheridan Municipal Cemetery, Juniper Heights section and reception at Sheridan Wesleyan Church to follow. It will also be live streamed for those unable to join in person.

Details can be found at www.bighornrock.com . Callli's favorite color was white. She loved its representation of purity. As we remember her life, please consider honoring this value and wear white to the service as we celebrate the reality she is in glory with God in heaven.

In lieu of flowers, please consider donating to and supporting Bought Beautifully ( www.boughtbeautifully.org ), a ministry close to Calli's heart.

Date:
June 23, 2021
Start Time:
2:00 PM
Location:
A Celebration of Life for Calli Aust will be held on Wednesday, June23, 2021 at 2:00pm at Sheridan Weslyan Church with Pastor MattTremain officiating. Interment immediately following in the JuniperHeights section of Sheridan Municipal Cemetery with a reception to follow at Sheridan Weslyan Church.
Tribute VideoService VideoService Brochure