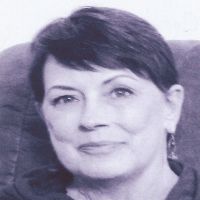 Carolyn Jean (Jacobs) Schaffert passed away peacefully of ovarian cancer on Sunday, September 28, 2014 with her sister by her side at Westview Health Care Center in Sheridan, WY. Carolyn was 66 years old.Carolyn, daughter of Milton and Joyce (Brendsel) Jacobs was born July 14, 1948 in Sioux Falls, SD. She attended Lowell Elementary School, Edison Junior High School and graduated in 1966 from Washington Senior High School. Following high school, Carolyn attended South Dakota Hairstyling Academy. Upon completion of her training, she worked at Northgate Beauty Salon in Sioux Falls. She later attended the University of South Dakota and Kinman Business College in Spokane, Washington.On June 20, 1988, she married Garth Schaffert and moved to Loon Lake, WA where together they built their home. Carolyn worked as an Administrative Assistant for Coors Distributing, then part-time for North West Commercial Air. She became a stay at home mom after the birth of their daughter, Alexandra Joyce. Carolyn was very active in Ali’s growing up years by volunteering at Loon Lake Elementary School for eight years, being active in the Big Sister Program, Loon Lake Safety Patrol and was a Girl Scout Leader for six years.One of the many volunteer jobs she took on was helping at the Blooms day Races in Spokane, WA. Not only did she volunteer, but she also ran in a few of the races. If you knew Carolyn very well, racing was one sport you would not have pictured her participating in. She was not the fastest runner but was very proud of the fact that she did finish the race.Carolyn was a people person; she enjoyed visiting with anyone and everyone. She had a quiet, caring nature, with never a harsh word. Her many hobbies included gardening, stain glass, pottery, quilting, dabbled in painting and struggled with crocheting and knitting, but she tried.Carolyn’s dad, diagnosed with Parkinson’s disease, led her back to Sioux Falls so she would be closer to him and her step mom. While in Sioux Falls, she worked part-time at Wal-Mart. After her dad and step mom’s passing, Carolyn was diagnosed with ovarian cancer and spent her last months in Sheridan, WY.Carolyn was preceded in death by her brother, Robert Milton. She is survived by her daughter, Alexandra Joyce, (Karl) Doran of Cheney, WA, sister, Judy (John) Rueb of Sheridan, WY, a step-sister, Christine (Thomas) Johnson of Roseville, MI, along with their children, Sarah and Rachel. A private family service will be held in Loon Lake, WA at a later date.Kane Funeral Home has been entrusted with arrangements.