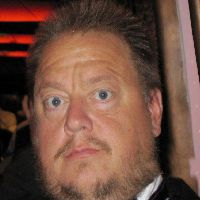 Cary Franklin Sampson, 53 years of age passed away February 14, 2018 in Billings, Montana from complications of the flu and pneumonia. He was born in Sheridan, Wyoming on June 10, 1964 to Jackson E. and Wyoma Jean Sampson. Cary graduated from Sheridan High School in 1982, he then graduated from Sheridan College and went on to the University of Wyoming majoring in Computer Science.Cary is survived by his mother Wyoma and brother Kyle (Dianna Bennett) Sampson, daughters Stormie and Mistie Keeler and grandchildren Adrian Mancini, Hunter, Paislie, and Timber Goodwin, and EvieGene Reimers, his uncle Bill and aunt Marjorie West, his uncle Dwight and aunt Lorraine Layton, and his cousins Dianna Voiles, Tara King, Becky Kosma, Rhonda Peyrot, John West, Kim Carroll, and Donna Adamson. He was preceded in death by his father Jack Sampson and his brother William Greggory Sampson as well as both sets of grandparents and his aunt Bonnie Voiles.Cary loved the Minnesota Vikings and was a season ticket holder. He loved his best pal and furry friend, Fargo. He loved to travel the world, boating, fishing, scuba diving, computers, ranching, and spending time with his family.A celebration of life will be held on Thursday February 22, 2018 at the Elk’s Lodge at 6:00 p.m.Kane Funeral Home has been entrusted with arrangements.