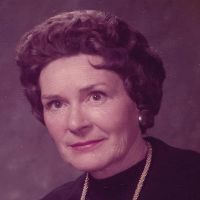 Catherine C. Langlois, 87, passed away on Sunday, September 18, 2016, peacefully in her sleep with her son (and her cat) by her side at home. She was born on May 3, 1929, in Sheridan, WY to parents Forist and Muriel Neely. She graduated from Sheridan High School in 1947.Catherine took Western Union training in Cheyenne and worked for Western Union in Sacramento, CA. Later she moved to Billings, MT, and was employed many years at Northern Pacific Transport until the company merged with Burlington Northern. She then worked at Montana Power Company until her retirement in 1992.Catherine enjoyed working in the yard, reading, bowling and a day on the golf course. She loved spoiling her pets and tending to her flowers. When her son was young their home was always the gathering place for all of his friends, she made it everyone\'s home. In her later years she cared for and looked after her neighbors. She will be greatly missed.Catherine was preceded in death by her parents, and sister, Josephine Artist. She is survived by her son, Michael Langlois.Cremation has taken place. Per her request no services will be held.In lieu of flowers memorials may be sent to the Sheridan Dog and Cat Shelter at 84 East Ridge Rd., Sheridan, WY 82801.Kane Funeral Home has been entrusted with arrangements.