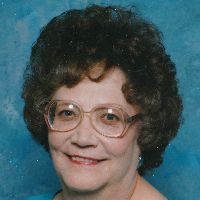 Catherine Jean McDougall, 73, of Sheridan, passed away on Wednesday, December 23, 2015, at the Westview Health Care Center. She was born on August, 18, 1942, in Noonan, ND, to parents William and Cora (Pederson) Thompson. At the age of 16, she married Walter Quay McDougall in 1958, and was married for 57 years.Catherine was a bookkeeper and secretary for Walt, Scott, Rick, and Ken\'s different businesses for over 30 years. She also worked as a Postal worker delivering mail in Wyola. Her last occupation was as school bus driver in Wyola. Catherine was an active member in church. She was part of the Wyola Community Church for 26 years. After moving to Sheridan in 2014, she also became a member Family Life Center. Catherine was Vice President of the Women\'s Aglow. Catherine enjoyed being a hostess for family and friends, playing games, going to church, reading, taking pictures and especially spending time with her family. She always had time for anyone who came by. She was devoted wife, mother, grandmother and great grandmother. She loved her family, worshiped her husband, and most important her love of the Lord Jesus.Catherine was preceded in death by her parents, husband Walt, son Kenny, grandson Dallas Porter great granddaughter Kendra McDougall, and all her siblings. She is survived by her sons, Scott (Tammy) and Rick (Juli) McDougall all of Sheridan, eleven grandchildren and forty one great grandchildren.Services will be held at 10:00 a.m. on Wednesday, January 6, 2016, at Kane Funeral Home with Pastor Scott Orchard officiating. Interment will be held in the Sheridan Municipal Cemetery with a reception to follow in the Kane Reception Hall.Memorials to honor Catherine may be made to the Family Life Center, 118 W. 5th St., Sheridan, WY 82801.Kane Funeral Home has been entrusted with arrangements.