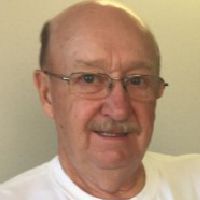 Charles \"Craig\" Dillon of Sheridan, Wyoming, passed away peacefully on Tuesday, October 3, 2017, at the Swedish Medical Center in Englewood, Colorado, at the age of 70. At the time of his passing, he was surrounded by his wife and daughters. Craig was overcome by respiratory and infection issues seven weeks after successful cardiac bypass surgery.Craig was born at home, delivered by his grandmother, on a farm outside of Arnold, Nebraska, on October 18, 1946, to Loren Dillon and Alice Enevoldsen Dillon. He was the sixth of seven children. Craig always had great stories to tell about playing outside, catching snakes, and shooting deer to put food on the table.He graduated from Arnold High School in 1965. He then enrolled in Kearny State College. After taking a break from college, he was drafted by the United States Army and traveled overseas to serve in Vietnam. He served in the D Company, 2nd Battalion, 8th Cavalry, 1st Air Cavalry from 1968 to 1969. Craig had difficulty talking about his Vietnam experience until he attended his first Kentucky Campout Reunion several years ago. Surrounded by his band of brothers, they were able to share stories and revive the feelings of comradery that they had shared many years before as young men in Vietnam.Craig then returned home from Vietnam and re-enrolled at Kearney State College, where he earned a bachelor\'s degree in Physical Science. During this time, he met Marsha Hanson, his future wife of 46 years. After their marriage, they began their family of three daughters, Stephanie (Mike) Cole of Gillette, Wyoming, Kristen (Chad) Nicholson of Aurora, Colorado and Melissa (Brad) Bobowiec of Bozeman, Montana.Craig and Marsha began their teaching careers in North Platte, Nebraska, and then in Alliance, Nebraska, as they grew their family. While living in Alliance, Craig became a locomotive engineer for Burlington Northern Railroad. He loved running a train out in the open areas while watching for wildlife. In 1984, Craig and Marsha moved the family to Sheridan, Wyoming, to continue his career as a locomotive engineer and hers as a teacher.Craig\'s great joys in life were being with his family, playing with the grandchildren he adored, hunting, fishing, and collecting Winchester rifles. He also loved to shoot sporting clays and billiards. Most importantly, Craig loved life and was able to enjoy 20 long wonderful years in retirement; 6 of those with Marsha retired. They traveled the country enjoying the beautiful scenery and wonderful food along the way. They bought a home in Arizona more recently where they spent time making new friends and enjoying all of the activities the park had to offer.He was preceded in death by his parents, his brother Jerry Dillon and sister-in-law Betty Dillon, his sister Janet Richards and brother-in-law Harold Richards, his sister Ardelle Sheets and his mother-in-law Margaret Ann Hanson.He is survived by his wife, his daughters, his brothers Russell (Cheryl) Dillon of Billings, Montana and Darrell (Ginger) Dillon of Casper, Wyoming and his sister Alison Dillon of North Platte, Nebraska, by his seven beautiful grandchildren, Dillon, Sarah, and Rachel Cole, Ethan and Evan Nicholson, and Wesley and Henry Bobowiec, and by his father-in-law Burdette Hanson of Superior, Nebraska. Craig felt like a father to his many nieces and nephews, as well.An informal service, Reception Gathering, will be held at Kane Funeral Home in Sheridan, Wyoming, this Saturday, October 7, 2017 at 2:00 PM with Military Honors.Please bring old stories and tales to tell. In lieu of flowers, please contribute in his name to the Wounded Warrior Project (https://www.woundedwarriorproject.org).Kane Funeral Home has been entrusted with arrangements.