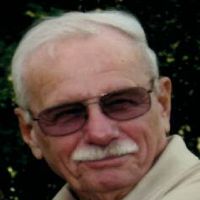 Charles C. Guilford, Jr., 80, of Sheridan, passed away on Wednesday, May 4, 2016, at the Sheridan Memorial Hospital. He was born on April 27, 1936, in Newburyport, MA, to Charles C. and Elinor (Cole) Guilford, Sr.Charlie served in the US Coast Guard. He married Elaine Chase on January 18, 1957, in Buxton, ME.Charlie drove an 18 wheeler for many years. He enjoyed mowing the yard, playing cards and the ocean. He was a member of the Shriners, Elks, American Legion, Masonic Big Horn Mountain Lodge 43.Charlie was preceded in death by his parents, three siblings; Peter Guilford, Harry Guilford and Susan Turgeon. He is survived by his wife, Elaine, children; Charles C. (Suzan) Guilford III of Buffalo, WY, Robert (Barbara) Guilford of Gillette, WY,Linda (Don) Songer of Sheridan, WY, and grandchildren; Jennifer and Brianna.In lieu of flowers donations may be made to the Kalif Shriner\'s Children\'s Fund at P.O. Box K, Sheridan, WY 82801.A Gathering of family and friends will be held at 3:00 p.m. on Saturday, May 28, 2016, at the Kalif Shrine.Kane Funeral Home has been entrusted with arrangements.