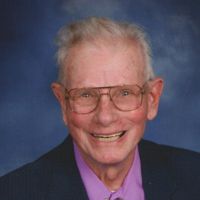 Charles Emerson Luxmoore passed away peacefully listening to his favorite music sung by Julie Andrews on April 27, 2017. He died of natural causes at Westview Healthcare Center where his family had kept constant vigil.He was born in Detroit, Michigan on September 14, 1930. His family moved to South Rockwood, MI when he was 7 years old, where he attended South Rockwood Grade School. He graduated from Roosevelt High School in Wyandotte, MI in 1948 and from Albion College in 1952.On December 22, 1951, he married the love of his life, Erma Dubke. They were blessed with four beautiful daughters: Janet, Cheryl, Lisa and Carolyn.Charlie was drafted in the US Army on December 10, 1952, took basic training at Indiantown Gap, PA, then went to Army General School in Ft. Riley, Kansas. He became an Intelligence Analyst and was stationed at Ft. Bragg, NC in Psychological Warfare. He was on the Army rifle team and separated from the Army on December 9, 1954. He then joined the Army Reserves in Detroit and worked at Detroit Diesel as a Project Engineer.In 1962, he moved the family to Sheridan, WY. In May of 1963, he joined the Wyoming National Guard and retired as a Master Sergeant in 1974. Charlie worked for Hammer Chevrolet, was a licensed land surveyor for Dick Wright Surveying then Walter J. Pilch Surveying. He spent two years in Scotia, NE as a surveyor for Peter Kiewit Sons.Charlie loved history and spent many hours on the battlefields in the Sheridan area. One summer he was a guide at Ft. Phil Kearney. He also served as President and Vice President of the Sheridan Historical Society for two years and spearheaded the “Save the Inn” campaign. He was a member of the Sons of the American Revolution, serving as President and Vice President, Sons of the Colonial War, the National Rifle Association, was on the Sheridan County Planning Commission for 2 years and the All American Indian Days Board for 1 year. He loved collecting old coins, guns, restoring old tractors, and doing genealogy. He especially loved his family.Charlie was preceded in death by his parents, sister, and daughter, Janet Luxmoore Porter. Survivors include his wife, Erma (Dubke) Luxmoore, daughters, Cheryl (Casey) Flynn, Lisa (Rodney) Parkin, Carolyn (Brian) Immel, grandchildren Pamela Aho, Jeffrey (Laura) Overgaard, Kenny (Kit) Flynn, Wesley (Anna) Parkin, Matthew Parkin, Rachel (Brandon) Beutler, Shilo Parkin, Kyle Immel, Riley Immel, and seven great-grandchildren.A Visitation will be from 6-8 p.m. on Friday, May 5 at Kane Funeral Home.Services will be held at Immanuel Lutheran Church at 10 a.m. on Saturday, May 6, 2017, Interment will be at Sheridan Municipal Cemetery with full military honors. Lunch will be served following at Immanuel Lutheran Church.Donations can be made to Immanuel Lutheran Church, 1300 W. 5th St.. Sheridan, WY 82801or a charity of your choice.Kane Funeral Home has been entrusted with arrangements.Attachments area