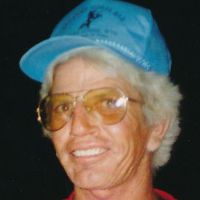 Charles “Chuck” Myers, 61, of Sheridan, passed away on June 6, 2018, at the Sheridan Memorial Hospital with loving family and friends at his side.Chuck was born in Sheridan, WY, on December 21, 1956, to H. James “Jim” and Margaret (Jorgensen) Myers. Chuck was a miracle baby, born with brain tumors and heart problems. He was a fighter and overcame those problems along with the help of his guardian angel, that was with Chuck throughout his life.   Chuck was a hard working hard playing guy. He was a painter and dry waller, skills he learned from his father. He came to work for Butch Jellis in 1986 and expanded his skills to welding assistant and critic. He proudly served as the Mayor of Spotted Horse, WY.  Along with his duties as the head chef , bartender and tourism director. Chuck, Jerome Schantz and Butch Jellis converted Spotted Horse from a small one horse town into a vibrant establishment, that hosted the cattle drive of \'95 and many celebrities such as Peter Fonda during the Sturgis Rally. Chuck then moved to the Wrench Ranch for 26 years, where he was the official “inventory control specialist”. He was a valued jack-of-all-trades.Chuck was a loyal and dedicated friend and employee. He always had a kind word and the best sense of humor. He would do anything for anyone, including buying a full set of tires for a stranger in need. During his last year Chuck suffered from throat cancer, which he endured with the courage of a Lion. His way was never to complain. Chuck had the best co-pilot, his little dog Tate that was always with him. They were a sight to see coming down the road. Chuck is survived by his daughter, Sarah (Kyle) Domin and grandson, Beckett of MN, one brother, Jim, of Livingston, MT and four sisters, Linda (Terry) Pruett, of Sheridan, WY, Patricia Martini of Casper, WY, Debbie Myers Martini of Gillette, WY and Marjorie Hoffman of Reno, NV, nieces, Jessie Matthews of Sheridan, Wendy (David) Miller of Casper, WY and Felice (Jeremy) Auchenbaugh of Jackson Hole, WY, nephew Dereck, numerous great nieces and nephews, and Chuck\'s ranch family, Butch and Glenda Jellis and the entire Wrench Ranch Crew, dear friend, Sherry Wheelock and Jackie Green and her family. He was respected by many families of the Crow Nation. Chuck was preceded in death by his parents and his brother Bill.Chuck had the biggest heart and will be deeply missed by many.A Celebration of Life will be held at 2:00 pm on Saturday, June 30, 2018, at Kane Funeral Home with Reverend Kevin Jones, Truman Ropes Good - Crow Spiritual Elder and Leonard Bends – Medicine Rock Chief and former Crow Sundance Chief and Medicine Man officiating. A Pot Luck Lunch Reception will follow at the Beaver Creek Saloon.Donations to honor Chuck may be made for his only grandson, Beckett to the Charles Myers Memorial Fund, in care of Wells Fargo Bank, 424 N. Main, Sheridan, WY 82801.Kane Funeral Home has been entrusted with arrangements.