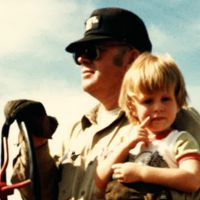 Charles “Dick” Springer, 82, of Sheridan, passed away on Tuesday, July 30, 2013 at the Sheridan Manor.Dick was born on July 20, 1931 to William and Lena (Dowell) Springer in Sheridan, Wyoming where he lived all of his life. He graduated from Sheridan High School and attended Sheridan College. He married Sally Talcott on October 30, 1955. He was born and raised on Springer Ranch and worked the ranch most of his life.Dick enjoyed hunting, fishing, stone cutting, flying, and being with family and friends. Dick was a member of the Episcopal Church, Masons, Shriners, and a Life Time Member of the Elks Lodge.He was preceded in death by his parents, his wife, his brother Dan Springer and grandson Bryan Anderson. He is survived by his daughters; Jennifer (David) Butler, of Crossville, TN, Robin (Gus) Petroski of Laramie, WY, and his sister Monna Monk of Buffalo, WY, granddaughter, Jayme Blaylock of Crossville, TN, and several nieces and nephews.Inurnment will be a private family service held in the Mount Hope Cemetery in Big Horn Wyoming.Memorials to honor Dick can be made to the Shriner\'s Travel Fund, PO Box K,Sheridan, WY 82801.Kane Funeral Home has been entrusted with arrangements.