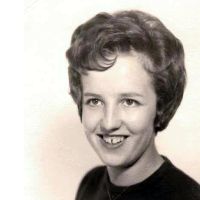 Charmaine Roberta Johnson, age 72, of Sheridan, Wyoming passed away Saturday, May 20th, 2017 at the Sheridan County Memorial Hospital in Sheridan Wyoming surrounded by her family.Charmaine was born in Broadus, Mt on July 4th, 1944, daughter of Robert Oral and Mildred (Laurie) Washington.Charmaine was raised on a ranch in Montana and her love of animals followed her throughout her life. She lived and worked in numerous places and always made many close friends wherever she was. Her pride and delight were her three sons. She was a wonderful caretaker to numerous family members over the years. Her heart always had room for one more if she could make a difference in that person’s life. Her failing health curtailed many of her activities in her last years but she never lost her humor or the will to fight on.Charmaine is survived by her three sons, William Dobbs of Taylor, Texas, Robert Dobbs of Sheridan, Wyoming, Johnathon Dobbs of Bayou Vista, Texas, one sister, Laurie Martin of Trenton, Nebraska, one brother, Robert Washington Jr. of Miles City, Montana, one niece, Tonya Borowski of Trenton, Nebraska, six grandchildren; Brittany Dobbs, Bailey Dobbs, Wyat Dobbs, Gerald Dobbs, Jonathon Dobbs, and Johnathon David Dobbs and one great grandchild, Gunnar Race. She was preceded in death by her parents, two brothers and one sister.Per her request no services will be held.Kane Funeral Home has been entrusted with arrangements.