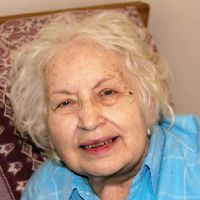 Cherrill M. Whitlow, 79, of Sheridan, passed away on Thursday, December 10, 2015, at the Sheridan Memorial Hospital. She was born on August 1, 1936, to parents Joseph M. and Wilma (Shedlock) Meyer.Cherrill graduated from Sheridan High School in 1954, then continued her education at the Texas Women’s Christian University and the University of Arizona, receiving her Master in Secondary Science Education and Library Science. She married James Whitlow on August 21, 1972, in Bernalillo, NM. They lived in the Southwest their entire marriage. He passed away in 2003.Cherrill taught college level Library Science courses at the University of New Mexico during her career. She and Jim also taught numerous art and music students in water color, acrylic painting and trumpets through the years of their marriage. They hosted several painting workshops in New Mexico and Wyoming. Even after Jim\'s death Cherrill continued with the workshops in New Mexico at Hummingbird Camp in Jemez Springs, NM. She enjoyed gardening and would paint still lifes of the roses she grew and share those with family & friends. She loved the Southwest and lived in Albuquerque for over 40 years. She returned to Sheridan in her last few years to be closer to family. She will be remembered for her passion in teaching and as she would say, “to invest in people, music and arts is most important”.Cherrill was preceded in death by her mother and father, Wilma and Joe Meyer, her husband, Jim Whitlow and brother, Jerry Meyer. She is survived by her niece, Jonalee (Todd) Watkin, great nephews TJ and Ty Watkins, close cousins, Pami Bickel Peterson, Mike and Nancy (Coffin) Phillips, Hank and Kitte Coffin, Barbara (Stien) Coffin, Chris Valos, Elaine Laird, Al and Rosemary Witzel, dear friends in Albuquerque, and several extended family members.Memorials to honor Cherrill may be made to the Sheridan County Fulmer Pubic Library at 335 W. Alger, Sheridan, WY 82801.Services in Sheridan, WY, will be held at 2:00 on Sunday, January 3, 2016, at the Cornerstone Church. A Celebration of Life will be held at a later date in New Mexico.Kane Funeral Home has been entrusted with arrangements.

Date:
Start Time:
Services in Sheridan, WY, will be held at 2:00 on Sunday, January 3, 2016, at the Cornerstone Church.
Location:
Service VideoService Brochure