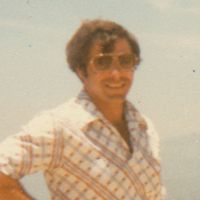 Chester Carl Burton, Sr., 66, of Midwest, gained his Angel wings on Sunday, May 19, 2013 at the Wyoming Medical Center in Casper, WY.Chester was born on December 31, 1946 in Olean, NY to Harry and Mary (Hamer) Burton. Chester was fortunate enough to be raised by Craig O\'Brien in Sheridan, WY. He graduated from Sheridan High School and then served in the U.S. Army.Chester enjoyed camping in Yellowstone, his worPlease run on Friday, May 24, 2013 With Picturek at the Medical Clinic in Midwest and his over the road truck driving that took him to many different places.Chester was preceded in death by his parents, Harry Burton and Mary Marie O\'Brien, his baby brother, Craig C. O\'Brien, Jr., and two grandchildren. He is survived by his children, Chester Burton Jr. of Sheridan, Juanita Simmson of Buffalo, WY, Rita Palmer of Sheridan, WY, Chris Burton of SD, Victor Burton of AK, his sister\'s, Patsy Krouse of Casper and Susan O\'Brien of Edgerton as well as thirteen grandchildren, six great grandchildren and numerous nieces and nephews.A Celebration of Life for Chester will be held at 10:00 a.m. on Saturday, May 25, 2013 at Kane Funeral Home with Father Michael Ehiemere officiating. Military Honors will follow.Kane Funeral Home has been entrusted with arrangements.