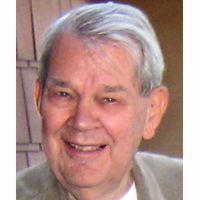 Clarence W. Huntley, 85, of Scottsdale, Arizona, stepped over into heaven on Tuesday morning, May 12, 2013.Clarence was born on April 26, 1928 to Albert and Signe Huntley of Cheyenne, Wyoming. Upon his high school graduation, he moved to San Diego for 3 years to serve in the United States Marine Corp as a Master Sergeant radio instructor. Motivated by a love for problem-solving and learning, he earned both a Bachelor\'s and Master\'s degree in electrical engineering from the University of Wyoming; graduating in 1957. Career opportunities led him to several locations in Nebraska, and ultimately to Scottsdale, Arizona via Tucson. He retired in 2010, after working 25 years for General Dynamics where he designed power supplies for the United States Space Program.Clarence was best characterized by his selfless giving, as well as his dedication to Gideon\'s International; he loved God! He is preceded in death by his parents, his older sister Mildred, and his oldest brother Al. He is survived by his wife, Susan (Gladys Wake) of Newcastle, Wyoming, his brother John Huntley of Costa Mesa, California, and his 3 daughters: Lindy Lorenger of Las Vegas, Nevada; Charlene Martin (and spouse, Rinne) of Tulsa, Oklahoma; and Julie Huntley of San Diego, California.To honor his life-long passion for spreading God\'s love, memorials may be made to Gideon\'s International, P.O. Box 3471, Scottsdale, Arizona 85271.A Funeral Service will be held at 10:00 AM on Monday, May 20, 2013, at the Bethesda Worship Center in Sheridan, WY, with Pastor Scott Lee officiating. Interment will follow in the Sheridan Municipal Cemetery with full Military Honors.Kane Funeral Home has been entrusted with arrangements.