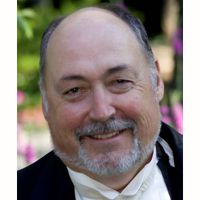 Clifford F. Nyback, 60, of Sheridan, passed away on Saturday, December 14, 2013 at the Sheridan Memorial Hospital.Cliff was born in Billings, MT on April 10, 1953, a son of Al and Ruth (Shipman) Nyback. He attended schools in Billings and graduated from Billings West High in 1971.Cliff married Vicki Bell on December 18, 1976 in Billings, MT. With their union, they became an immediate family as Vicki\'s young daughters, Michele & Becky Bell, MARRIED CLIFFORD, TOO! Their first son, Adam, joined their family in 1979 and a second son, Eric, completed their family in 1980.Cliff was a hard-working, multi-talented man whose many skills ranged from commercial construction, cabinet making and drift boat manufacturing. He was a true master of it all!! Cliff and Vicki also were co-managers at a Billings Retirement Community, Aspen View, where they had many friends that they loved dearly. They are currently involved with the VA Foster Care Program and have brought Hershiel McCarthy into their home were he, too has been a delightful addition.Cliff is survived by his wife, Vicki, of 37 years; his daughters, Michele (Bill) Jones and Becky (Dave) Sanders; his sons, Adam (Chrissy) Nyback and Eric Nyback; a brother, Al, in AK and a sister, Elaine Killham in MT; along with 7 grandchildren and 1 great granddaughter. His family was the most important element of his life and he was so proud of each and every one of them.Cliff touched many lives and will be greatly missed by his entire family and many friends.A Celebration of Life will be held at 3:00 p.m. on Saturday, December 21, 2013 at Kane Funeral Home with Pastor Scott Lee officiating. A Reception will follow in the Kane Reception Hall.Kane Funeral Home has been entrusted with arrangements.