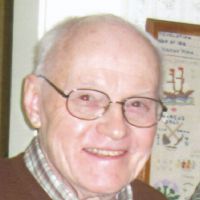 Colin Peterson, 76, died on Tuesday, September 16, 2014, at the Sheridan Manor.Mr. Peterson was born on November 18, 1937, in Fargo, North Dakota to Theodore William and Corrine (Ballard) Peterson. He traveled extensively and lived in many states while growing up, as his father was a Regular Army Officer. Colin graduated from the University of Colorado, with emphasis on engineering, geology and geography. He was very proud to have served in the U.S. Army in Korea and on recruiting duty in New York City.Mr. Peterson married Diane Carnine of Bakersfield, California in 1961. Diane was his only love, best friend and loving wife of 52 years.He worked for various consulting engineering companies in northern Montana before moving to Denver, Colorado where he performed geologic mapping for the U.S. Geological Survey for six years. He then worked for the Public Service Company of Colorado as an engineer for twenty-six years. He and Diane raised their four daughters, Amy, Heidi, Martha and Inga in Denver. Upon retiring from P.S.Co. of Colorado, he and Diane moved to Sheridan, Wyoming in 1993.Mr. Peterson had many varied interests and hobbies. He played the trumpet and had a lifelong interest in classical, Dixieland, ragtime and boogie-woogie and tango music. He enjoyed shooting sports, camping, hiking, travel, working with metal or wood, and working in the yard. Colin restored 8 classic cars of the 1920\'s through the 1950\'s and three classic motorcycles. He enjoyed driving these vehicles to work, as well as to old Car Club functions.Mr. Peterson was a Mason, a member of the First Congregational Church in Denver, a “Pioneer” of the Public Service Company of Colorado, a staunch Republican and a long-time member of the National Rifle Association.He is survived by his wife, Diane, and three daughters, Amy Giertz and her two sons, Ryan and Aaron of Denver, Colorado, Heidi Heuerman and husband Wayne, and their children, Rachel and Mark of Sheridan, and Inga and husband Jeff Beehler, and their daughters Lauren and Erika of Redmond, Washington, and his sister, Jocelyn Peterson and her four children of Colorado. He was preceded in death by his parents and daughter, Martha Anne Peterson.A Celebration of Life will be held at 10:00 on Saturday, September 27, 2014, at Kane Funeral Home with Paster Doug Melius officiating. Inurnment with Military Honors will be in the Sheridan Municipal Cemetery with a reception to follow in the Kane Reception Hall.In lieu of flowers, memorials may be made to the Sheridan Dog and Cat Shelter at 84 East Ridge Road, Sheridan, WY 82801.Kane Funeral Home has been entrusted with arrangements.