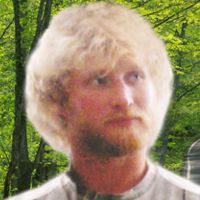 Corianton “Cori”James Ingalls, 33, formerly of Sheridan, passed away on Tuesday, July 2, 2013 in Billings, MT. He was born on May 29, 1980 in Denver, CO to James Donald and Anna Maria (Nagler) Ingalls.Cori wanted to be a chef by attending culinary arts school in Denver. He was unable to complete the schooling and went to work as a construction worker in WY. He continued to alternately work as a construction worker and cook.Cori was a valued worker where ever he went. He spent several years in Jackson, WY and lived with his grandfather and grandmother Ingalls in Sheridan, WY for several months. He went to Billings, MT seeking employment at the time of his death.Cori had many abilities. He had a fine mind and was able to recall most of what he read on almost any subject and often used this knowledge in conversations with friends and family. He had an extensive vocabulary which he often used, whenever it was appropriate, to enliven his conversation with others. Working with Spanish speading workers on construction jobs, in Jackson, he became close friends with them and became fluent in Spanish.Cori was preceded in death by his sister, Rhiannon Ami Ingalls and his great grandfather, Nagler. He is survived by his grandfather and grandmother Ingalls, his grandparents, Richard and Marilyn Nagler, his grandmother, Jimi Nagler, five brothers, and many uncles, aunts, and cousins.Graveside Services for Cori will be at 11:00 a.m. on Saturday, July 13, 2013 in the Sheridan Municipal Cemetery.Kane Funeral Home has been entrusted with arrangements.