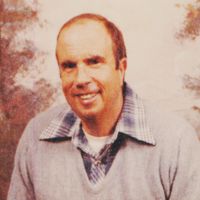 Corlies “Corky” Clayburgh, 79, of Sheridan, passed away on Tuesday, January 21, 2014 at the Westview Health Care Center.Corky was born in New York City, NY on October 25, 1934 to Albert and Barbara (Corlies) Clayburgh. He married the love of his life, Ethel Marie Shrum in 1970 and they were married for 42 years until her death in 2012. Together they raised five children.Corky enjoyed traveling, fishing, camping, reading and cross country skiing. He was a member of the First Christian Church.Corky was preceded in death by his parents, wife, Marie, sister, Jill Clayburgh andbrother, Allen Hall. He is survived by his children; Wayne Clayburgh and Della Clayburgh, all of Sheridan, WY, Donald Clayburgh of Rapid City, SD, Lee Clayburgh, of Grand Junction, CO and Owen Clayburgh of Pasadena, CA, nine grandchildren and eight great grandchildren.A Visitation for Corky will be held from 12:30 to 1:30 on Monday, January 27, 2014 followed by Funeral Services at 2:00 pm at Kane Funeral Home with Pastor Doug Goodwin officiating. Interment will be in the Sheridan Municipal Cemetery. A Reception will follow in the Kane Reception Hall.Memorials to honor Corky may be made to the Sheridan Dog and Cat Shelter at 84 East Ridge Road, Sheridan, WY 82801.Kane Funeral Home has been entrusted with arrangements.