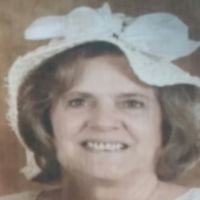 View Service FolderCynthia “Cindi” L. Spillman, 63, of Sheridan, passed away on Thursday, June 30, 2016, in a motorcycle accident outside of Sheridan. She was born on November 29, 1952, in Denver, CO, to parents Alexander McClellan Ross and Betty (Hyskell) Ross. She married James “Jim” Spillman in Colorado Springs, CO, on December 15, 1979.Cindi was the glue that held the family together. She loved taking care of her sister and being with her family and grandkids.Cindi was preceded in death by her parents, son, Scott Marty, brother, Daniel Moe, cousin, Jeff Hyskell and uncle Charles Hyskell. She is survived by her husband, Jim, son, Jeremy (Beth) Marty of Murfreesboro, TN, siblings, Kristine McPherson of Sheridan, WY, Robert (Valerie) Ross of Parker, CO, Michael Ross of Aurora, CO, six grandchildren and two great grandchildren.A Celebration of Life will be held at 1:00 p.m. on Saturday, July 9, 2016, at the Rock Church with Pastor Dan Keller officiating. A reception will follow at the Church.Donations to honor Cindi can be made to Jim Spillman at 657 W 13th Lot 2, Sheridan, WY 82801.Kane Funeral Home has been entrusted with arrangements.