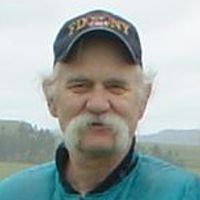 Click Here For DirectionsDale G. Amunson, 60, of Sheridan,WY passed away on Saturday October 5, 2013 at his residence.Dale was born September 23, 1953 in Hot Springs, SD to Floyd D. and Helen G. (Timm) Amunson. He obtained his education in Belle Fourche, SD and graduated in 1971. After high school Dale joined the U. S. Navy (in September) after his 18th birthday. He served aboard the U.S.S. Tulare working as a mechanic – his ship was anchored in the Tonkin Bay off Vietnam. He then spent nearly 2 years stationed in Adak, Alaska where he worked in the Post Office and learned to flyfish and rode motorcycles during his lengthy free time. He also briefly lived in Florida and California and loved the sun and Gulf but hated the heat and humidity. He served a total of 6½ years. After his discharge, Dale spent some time in New Jersey with his new wife Patricia (Capps) and her family. He had met her while on an airplane flight while being reassigned from San Diego, CA to Pensacola, FL in 1976. He worked as a mechanic there as well and loved many things about New Jersey: especially Philly cheese steak subs fresh from the deli, the Jersey Shore, and spending time with his wife’s younger brothers, sister and niece. He vividly remembered the blizzard of ’78 and driving around in the only pickup truck in the county; he and Tricia were the only ones in the movie theater when they went out and the streets were absent of any other drivers until he and Tricia’s brothers started pulling out all the neighbors’ cars. He soon grew tired of all the people and the hot summers and so he moved to Gillette, WY in 1980; and then brought Tricia out in 1981. His daughter, Krista, was born the next year and was the light of his life; even more so after his divorce in 1999. After various mechanic jobs around the area, he joined the Campbell County School district first as a bus mechanic and then in the custodial department (due to diabetes) where he worked until ill health forced him to retire in 2011.Dale enjoyed Harley Davidsons. He and his special friend Julie spent many happy hours riding across the countryside. He was so proud of his 3 Harleys and spent hours polishing to keep them in tip-top condition. He started at age 14 riding a dirt bike, had a motorcycle up in Alaska (which he shipped home parcel by parcel), and finally graduated to his beloved Harleys! He also did leather work and loved to do his own reloading of ammunition. He learned to play the violin and for several years he had horses in Gillette and was a member of the Back Country Horsemen. He loved hunting and camping in the Big Horns and Red Desert and fishing at Lake DeSmet with his “fishin’ bud” Krista.Dale battled cancer, several heart attacks, strokes, blood clots and nearly two decades of diabetes but he continued to live an adventurous life, even getting to the Sturgis Bike Rally several years in a row.Dale is survived by his daughter Krista of Laramie, WY, his mother Helen Amunson in Belle Fourche, SD, 2 sisters Cynthia and Ron Ketron of Sheridan, Debra Koepp of Belle Fourche and Spearfish, 2 nephews Ben Ketron of Fort Collins, CO, and Erik Koepp of Sheridan, 2 nieces Lacey Ketron of Sheridan and Amanda Koepp of Spearfish, SD, and his friend Julie of Rapid City, SD. Dale was preceded in death by his grandparents, A.O. and Lola Amunson of Newell SD, and Fred and Tilda Timm of Nisland, SD and his father Floyd Amunson of Belle Fourche, SD.Condolences may be written to Krista Amunson at P.O. Box 1793, Laramie, WY 82073 and Helen Amunson at 208 9th Ave, Belle Fourche, SD .In lieu of flowers, donations may be made to the American Diabetes Association at 1701 N. Beauregard St., Alexandria, VA 22311 or a charity of your choice.Cremation has taken place. Graveside rites and inurnment will be at Black Hills National Cemetery in Sturgis, SD, with Honor Guard on Memorial Day Weekend 2014.Kane Funeral Home has been entrusted with arrangements.