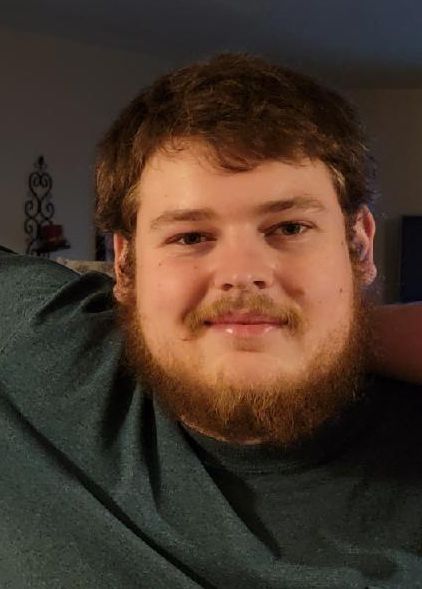 Dalton was born on December 12, 1997 in Sheridan, Wyoming, to parents Aimee and Andrew. He attended Skyveiw High School in Billings and obtained his GED while at the Job Corps in Anaconda, Montana. He also received his welding certification while attending the Job Corps. He ultimately left the Job Corps to help his dad during the passing of his step-mom and support his brothers through that time. Dalton attended Sheridan Community College pursuing metal fabrication and welding. In 2014 he moved to Sheridan and accepted a position at Holiday Station Store, where he worked for more than 6 years. Over the past year Dalton accepted a job in California maintaining solar panels, but due to injury relocated to Washington where he worked for UPS. Dalton ultimately decided Sheridan was his home and traveled back to be closer to family in November of 2021.

Dalton was a social, loving young man who was vastly known for his kind heart, gentle nature and understanding personality. Many of his friends have called him a light in their day and a kind face when they needed a smile. Dalton adored all of his brothers and attended every celebration for them that he could, was loving, caring, compassionate, patient and supportive of their needs. Dalton was an avid gamer who loved playing Minecraft, Rocket League and Call of Duty with everyone from his room mate to friends world wide. From a young age Dalton collected rocks and often gave them as gifts. He loved to fish, hike, camp and go swimming every chance he got with his friends and family. Dalton supported the LGBT movement and gave unconditional support to the community.

His family and friends will always remember him as a funny, selfless, patient and kind person. There is a hole in our lives that only time can heal. Dalton will be missed and grieved forever.

A Celebration of Life is scheduled for Wednesday, August 3, 2022 at 11am, at the All Father’s ClubHouse at 2146 N. Main St, Sheridan, WY 82801 (My Buddies Place). All are welcome to attend and celebrate Dalton's life. The family would like to thank all of Dalton’s friends for photos, kind words and support.

Flowers can be sent to the All Father’s ClubHouse at 2146 N Main St, Sheridan, WY 82801 (My Buddies Place). There will be food served via potluck and everyone is welcome to bring something if they wish. The services will be live streamed via facebook live.