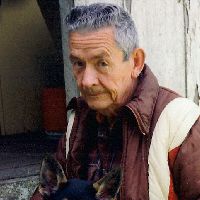 K6MKX signed off for the last time, Friday, March 6, 2015. Dana Russell Schlicting was 87 years old and the first of two children born to Arthur Harold and Mary Louise Schlicting on July 12, 1927 in Roundup, Montana.It was in Finley, California on November 20, 1953 that he married Dorothy Jean Swanson. They made their home in Blocksburg, California where they raised their two sons, Steve and Bruce. In 1997 they moved to Sheridan, Wyoming to be near their children and grandchildren. Dorothy and Dana celebrated their 60th wedding anniversary at their home in Banner, November 2013.The family moved from Roundup to Deadwood South Dakota where Dana grew up and went to school. In 1941 the family moved to Napa, California and it was there that he discovered the love of flying and airplanes. Dana joined the Army-Air Corp during World War II and spent most of his service time on Greenland at the airfield there. Dana was discharged in 1947 and he returned to Northern California to the town of Blocksburg where he drove a logging truck until 1964. In 1964, he went to work for the Humboldt County Road Department, where he worked as a truck driver and loader operator until his retirement in 1989. After retirement, Dana and Dorothy continued traveling in their converted Greyhound bus, flying his Luscombe airplane, their shared hobby of Ham radio, German Shepherds and target shooting. Every morning without fail, Dana and Dorothy would check in with their Ham friends on the radio.Dana will be remembered as the strong, silent type, who could always be counted on by friends and family in their time of need. Underneath the tough exterior, he had a big heart. He was an extraordinary mechanic and craftsman. He could make something out of nothing and could figure out how to fix just about anything. He loved to be with family and grandkids, especially on family camping trips.Dana is survived by his sister; Betty Mason, his sons; Steve (Carol) Schlicting, Bruce (Nancy) Schlicting, his grandchildren; Ben(Teresa) Schlicting, Ryan(Lindsey) Schlicting, Sarah(Kyle) Hoffdahl, Jessica Schlicting, Aaron(Tiffany) Schlicting and his great-grandchildren; Fern Hoffdahl, Fawn Hoffdahl, Jake Carlson, MacKenzie Carlson, Jeremy Carlson, Elizabeth Schlicting, Avery Schlicting, Taylor Schlicting and Envie Schlicting. Dana was preceded in death by his wife Dorothy and his parents.\"A Family Celebration Of Life\" are pending for Dana at a later date when arrangements can be made by the family.In lieu of flowers, donations may be made in Dana\'s memory to the Sheridan Dog and Cat Shelter at 48 East Ridge Road, Sheridan, WY 8280