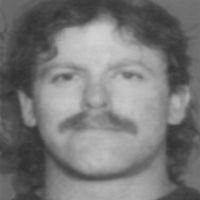 Daniel David TwohyJune 22, 1970 – January 8, 2014Dan was born June 22, 1970 at Saint Vincent’s Hospital to Gina and Spike Twohy of Billings, Montana.He often talked about his life with our parents in Miles City very fondly throughout our years together. He said, “Miles City was some of the greatest times of my life.” Dan graduated from Sheridan High School in 1989 and was an avid football player during his time at the school and loved his position on the team. What he was most proud of though, was the love for his cattle and especially for family and friends. Dan was a person that would give the shirt off his back for a friend or a stranger. He lived very proudly and continued the traditions passed down by our loving mother and grandparents on our ranch near Wyarno. You were the Mayor of Dutch Creek by all who knew and loved you.Dan was a devoted son, wonderful friend, and an incredible brother. He will be sorrowfully missed by all who knew him.Dan was preceded in death by his wonderful grandparents Paul and Ann Wantulok, fearless mother, Gina Twohy, and courageous friend George Legerski.He is survived by his father Spike Twohy and one sister, Sarah (Heath) Twohy Rieder of Boulder, MT, Nancy Herdt of Wyarno and several cousins.Services will be announced at a later date. Memorials to honor Dan may be made to the Sheridan Dog and Cat Shelter at 84 East Ridge Road, Sheridan, WY 82801.Never thought it could be you,I never wanted it to.My other half of me just disappeared...No words I write could ever sayHow sad and empty I feel todayThe Angels came for youMuch sooner than I plannedI\'ll brave the bitter grief that comesAnd I\'ll try my best to make you proudMy brother, my compadre, my friend.Kane Funeral Home has been entrusted with arrangements.