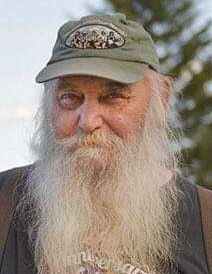 After graduating from high school, he joined the Army and served in Germany where he met his first wife Renate. After the Army, he went to mechanic school. He then returned to Sheridan to his own repair shop for 15 year and drive school bus for 30 years. His bus kids brought him so much joy and love. In 1983, a beautiful angel entered his life, Cristine Steen, they married in 1984. He was deeply devoted to her for 37 years.

Dan was a force of nature, determined to provide for his family and give them the best life. His family meant more to him than anything else in the world. He was incredibly proud of their accomplishments and celebrations. Dan had four children: Silke Sears of Germany, Sabina Sears Damone of Buffalo, Wy, Shelby and Shane Sears of Sheridan. In addition, he has 4 grandchildren: Anika and Isai Sears and Darton and Jorgina Damone.

Dan was passionate about motorcycling, working on his cars and attending his grandchildren’s activities. He attended every Sturgis Rally for 52 years. He was a biker long before it was cool.

He loved working on his beautiful house and yard. Dan always had music playing whether he was on his bike or relaxing at his home.

Anyone who knew Dan, knew that he was who he was, take it or leave it. However, he had a heart of gold and always there when needed. Even at the bitter end, his only thoughts were for his family.

In lieu of flowers and gifts, please give to your favorite children’s charity in Dan’s memory.