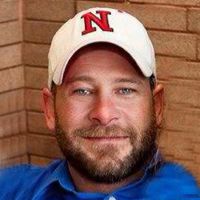 Darby H. Green, 35, of Sheridan, passed away on Tuesday, June 18, 2013 at the Memorial Hospital of Sheridan.Darby was born on April 20, 1978 in Sheridan, WY to parents Dennis Eugene and Tamy (Sarratt) Green. He attended Sheridan Schools graduating from SHS in 1996.He joined the National Guard in 1996 serving for nine and a half years. After service he worked as a Land Man for Mineral Rights.Darby enjoyed hunting, fishing, brandings, riding motorcycles, camping, collecting and shooting guns, playing guitar, and making lots of friends. Darby would stop and help anyone. Most of all he loved spending time with family and friends. He was a member of the Elks Lodge.Darby was preceded in death by his father, Dennis, grandparents, Harry and Louise Green, aunt, Karen Green and uncle, Ed Green. He is survived by his mother, Tamy,siblings; Michelle (Jeremiah) Hirsch, of Ft. Wayne, IN, Kelly Hoyt of Lake McQueeny, TX, and Shelly Hoyt of Seattle, WA, his grandfather, Charles Sarratt of Hemet, CA, and nieces, Alexandra Hirsch and Natalie Hirsch of Ft. Wayne, IN. His uncles, Gary Green, Bob Green, Snook Green all of Sheridan, WY, Lonnie Sarratt of CA and Bill Reynolds of OR, Susan Nelson, girlfriend of Sheridan, and many other extended family.A Visitation for Darby will be held from 11:00 a.m to 1:30 p.m. on Monday, June 24, 2013 at Kane Funeral Home. Services will follow at 2:00 p.m. on Monday, June 24, 2013 at Kane Funeral Home with Pastor Adam Fitch officiating. Interment will be in the Sheridan Municipal Cemetery with full Military Honors. A Reception will follow at the Elks Lodge.Memorials to honor Darby may be made to “The Food Group” at 51 Coffeen Ave., #101-101, Sheridan, WY 82801 or Kim Dart in care of U.S. Bank, 203 S. Main, Sheridan, WY 82801.Kane Funeral Home has been entrusted with arrangements.