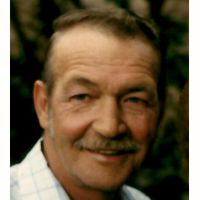 Darrell L. Barnett, 79, died peacefully July 20, 2013, at Mountain View Living Center in Sheridan. His long, hard-fought battle with health problems is finally over.Darrell was born in a farmhouse near Fort Laramie, Wyoming on December 17, 1933, the third child of Ed and Bessie (Faith) Barnett. He grew up on a farm near Veteran, Wyoming, where he attended school before enlisting in the Navy in 1952. He served during the Korean War as a Gunner’s Mate aboard the USS Alvin C. Cockrell. After being honorably discharged in 1956, he returned to Wyoming where he worked in the oilfields before joining the Cody police force and later the Wyoming Highway Patrol. It was while he was on the Highway Patrol that he met Sharon Thompson at a dance in Elk Mountain, Wyoming. Darrell and Sharon were married July 1, 1960, and started their life together in Hanna, Wyoming, where he worked for Rosebud Coal Sales Company. The couple had two sons, Monty and Jeff. In 1965, they moved to northern British Columbia where they staked some land and spent the next three years. After returning to the States, Darrell went to work for Palm Livestock, managing a ranch north of Hanna. When his sons entered high school the family moved back to Hanna and Darrell returned to work as a coal miner at the Rosebud mine. In 1987 he and Sharon moved to Sheridan, where he was employed by Decker Coal, retiring in 1997.He was a fun person, always the life of the party, even if there was no party. He never met a stranger, and would visit with anyone who wouldn’t walk away. He was full of music, a terrific dancer, and had the ability to play every musical instrument that he tried, some better than others. He spent much of his time panning for gold, searching for hidden treasures and playing golf. He loved a good horse, a good dog, and good whiskey. Animals and children were drawn to him, and he had words of wisdom for every occasion. He was so proud of his sons and grandchildren and will be dearly missed by all who knew and loved him.He was preceded in death by his parents and his brother, Eddie Barnett.He is survived by his wife Sharon, his sons Monty (Denise) of Denver, and Jeff (Allison) of Douglas, his sister, Dorothy Lafferty of Sheridan, his grandson Travis (Aimee) of Casper, his granddaughters Daryl and McKinsey, both of Douglas, and his great grandson Bhodin of Casper. He also leaves behind two step-grandchildren and four step great-grandchildren.Cremation has taken place and burial services will be held at a later date. Memorials may be made to the Wyoming Alzheimer’s Association at 400 East 1st Street, Casper, WY 82601.Kane Funeral Home has been entrusted with arrangements.