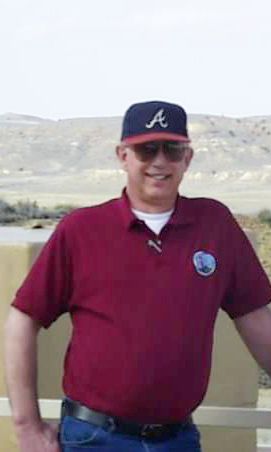 David Arthur Bumbaca, 75, of Sheridan, passed away on Thursday, November 25, 2021, at the Sheridan VA Medical Center, Mountain View Living Center. David was the only child of Esther Powers-Bumbaca, and Dominic (Nick) Bumbaca. He was born in Sheridan, Wyoming but spent his young years at the Powers- Bumbaca ranch located in Decker, Montana. David went to Sheridan High School and graduated in 1964.

David was well known for skills and love for anything mechanical. He often worked on tractors at the ranch where he grew up. After he graduated from High School he worked at KB Tractor and then he joined the United States Air Force. Not long after joining the Air Force he married his wife, Paula Meredith, they were married 54 wonderful years who then became a Bumbaca. David took his basic and aircraft mechanic training in Texas, and was later stationed in Thuley, Greenland and at the Adair Air Station in Corvallis, Oregon. In the Air Force David utilized his skills as a mechanic, and was put to work on various aircrafts and was also a flight engineer.

After being honorably discharged from the United States Air Force, David and his wife returned to the Powers-Bumbaca ranch. In 1969 they had their first and only child, Wayne Bumbaca. After two years, they moved back to Sheridan, Wyoming. While in Sheridan, David worked at Sheridan Motor as a Mechanic, and then later became the Service Manager.

In his free time David enjoyed everything computers, exploring the Big Horns, hunting and fishing, and photography. In the summers he enjoyed camping with his wife, son, and grandchildren. David even brought his beloved cats, Jasper and Riley, in the camper with them. When David wasn’t enjoying his other various hobbies, he was tending to and eating from his garden.

David is preceded in death by his parents Esther and Nick Bumbaca, and his cousin Dennis Powers, who was like a brother to David. David was raised with Dennis on the Powers-Bumbaca ranch. He is survived by his wife, Paula Bumbaca, his son, Wayne Bumbaca, and his grandchildren, Dustin (Kim) Bumbaca, Mallary Bumbaca, Zach (Brittany) Bumbaca, and Noah Bumbaca.

David will be privately interred in the Sheridan Municipal Cemetery Elks section. At David’s Request, there will be no funeral, but instead a celebration of life which will take place later in the summer of 2022 with military honors.

At David’s request, in lieu of flowers, please send donations to the Second Chance Cat Rescue or the Sheridan Dog and Cat Shelter.