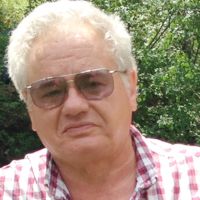 David Schreiber passed away unexpectedly on May 23, 2018 in Sheridan, WY.He was born on September 20, 1953 to Jack (John) and Eileen (Balkwill) Schreiber and big brother Scott. At a very early age, the family moved from Lewistown, MT to Havre, MT. This is where David, being the side-kick of his big brother, learned to love and explore the outdoors. Later, the family moved to Helena, MT where David graduated from high school. He attended MSU in Bozeman, MT and continued to live there for several years before moving to Sheridan, WY.David enjoyed working for the artist Neltje for thirty years. He loved his life of fishing out his back door in Piney Creek and having the company of friends and his animals.David was an avid reader which made it easy for him to have a conversation with most anyone he met. He especially loved to tell stories and jokes. With a slight grin and a glimmer in his eye, I think he enjoyed watching the reactions to his tales more than the story or joke itself.David was preceded in death by his entire immediate family and is survived by his five cousins.If you so desire a memorial in his name may be made to the American Diabetes Association, 1701 N. Beauregard Street, Seattle, WA 98104, Sheridan Dog and Cat Shelter, 84 East Ridge Road, Sheridan, WY 82801 or a charity of your choice.A Celebration of Life is being planned for a later date.Kane Funeral Home has been entrusted with arrangements.