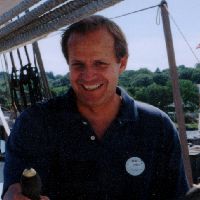 Dave Mader, family man, movie critic, aspiring PGA competitor, and accomplished pilot, died on Thursday, April 24, 2014.Dave (David) Michael Mader was born October 10, 1950 in Hot Springs, SD to Doris (Boschma) Mader and Merlin Mader. He lived the first years of his life on a ranch in northwest Nebraska. Dave was an early talker and when he was only three or four Dave would lie on his back gazing at the sky and clouds and say, “I want to fly.” His father shared ownership of a plane that would take-off and land in an alfalfa field; that stoked his passion for flight.When he was old enough for kindergarten the family got a place to live in Edgemont, SD so that Dave and his brother could attend school. The family spent summers on the ranch where he worked hard. During those years he enjoyed reading, movies, baseball, basketball and playing his trumpet in band. Dave graduated from Edgemont High School in 1968, attended Chadron State College and later started his life-long employment with the Burlington Northern Railroad.Dave was a good-natured mild mannered and patient person with a natural curiosity about how things work. When he was young he took great care and pride in building model airplanes. In his teens he decided to build his own bi-wing glider that would carry him into the air. He covered his homemade lightweight wooden frame with plastic and went to one of the local hills to “test” his creation. There, with a small crowd from town gathered, he ran down the hill and was briefly “off the ground” before it crashed. Undeterred he discovered hang gliding. He would earn his pilot’s license, own several planes and proceed to build many ultralights and three kit aircraft.Two years out of high school Dave and his college buddy pulled up to the Howdy Drive-In in Newcastle in his Mach 1, flirting with the girls in the next car. A year later he married one of them, and was still married to that same girl 42 years later.Dave is survived by his wife Vickie Kennedy Mader, children Heather Mader of Portland, OR, Aaron Mader and his wife, Jessica (Jacquot), plus two beautiful grandchildren Felicity and Christian, of Aguadilla, Puerto Rico; his brothers John Mader of Lincoln NE and Duane (Jodie) Mader of RapidCity, SD. He is also survived by his extended family of brothers and sisters-in-law and many, many cousins, 30 nieces and nephews, and 28 great nieces and nephews. Dave is also survived by his great friends at BNSF and the pilots he has flown with for over 45 years.A Memorial Service for Dave will be held at 2:00 p.m. on Wednesday, April 30, 2014 at the Bethesda Worship Center with Pastor Scott Lee officiating. A reception will follow at the church.In lieu of flowers, donations made be made to the Experimental Aircraft Association, Young Eagles Program, EAA Aviation Center, 3000 Poberenzy Road, Oshkosh, WI, 54902.Kane Funeral Home has been entrusted with arrangements.